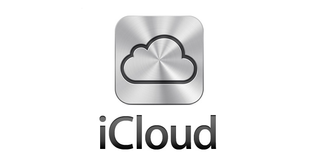 Apple will soon begin to encrypt email messages sent from its iCloud customers to users of other email services, the company told the website of National Public Radio (NPR) today (June 13).

"Apple is one of the few global email providers based in the U.S. that is not encrypting any of its customers' email in transit between providers," NPR had originally said in a story published yesterday.

Today, the site added, "After we published, the company told us this would soon change. This affects users of me.com and mac.com email addresses."

MORE: How to Encrypt Your Files and Folders

Last week, Apple was named by Google as one of several companies that failed to encrypt all email traveling between its own email service and Google's Gmail.

Gogole said many other companies, such as Yahoo and AOL, encrypted all or most of messages traveling both ways between their email servers and Google's. Apple does encrypt messages traveling between its iCloud servers, but before it can exchange encrypted messages with rival email service providers, reciprocal encryption protocols must be agreed upon.

Email encryption has become a major privacy issue since documents copied by former National Security Agency (NSA) contractor Edward Snowden began to leak out a year ago, revealing that the NSA and its Australian, British, Canadian and New Zealand counterparts attempt to collect as much unencrypted email traffic as they can.