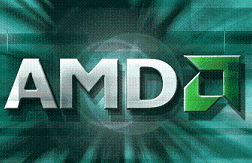 You have to admit, it is somewhat obvious. AMD has been trading below a $4 billion market value for some time and there are many companies out there, which could purchase AMD in a snap, if they wanted to get into the CPU business. So these acquisition rumors aren’t really surprising. We believe that AMD could a very interesting target for an acquisition and there are two obvious candidates. Let’s take this step by step.

Before Intel managed to kick ego-boasting, sleeping-on-laurels AMD with its brilliant Core 2 architecture, a lot of people thought that AMD’s success was all up to the firm’s current management, headed by ex-Motorola executive and advisor to George W. Bush, Hector Ruiz and his gang.

The truth of the matter is that all these guys execute on a situation, which had been brilliantly created by Jerry Sanders III and Atiq Raza. After losing out on the Microsoft Xbox deal and with K8 in advanced development, Sanders felt that they needed to bring a strong seller and a good politician to the team. Hector Ruiz was selected. This was followed by the arrival of Henri Richard, who introduced the company into sport sponsorships, creating a successful relationship with companies such as Ferrari, Lance Armstrong, and soccer clubs in Europe.

From a company that was losing out heavily in the mid-90s, AMD delivered a major coup with the K7 design (known as Athlon), a chip that trounced Intel’s Pentium III. The K7 design was the baby of a team led by Dirk Meyer. This was the first time in history that AMD managed to produce a better part than Intel. The result was that even companies in Taiwan and China started to warm up to the Green field instead of the Blue river. The success of AMD in the early 2000s is especially obvious today, for example when you go and visit the factories that manufacture graphics cards, USB sticks and other components. In most factories we have visited, AMD Athlon 64 systems are the "weapon of choice" for qualification and testing processes. This is a fairly business in terms of production numbers and sold units, but it is priceless in terms of the influence such installations deliver.

Current page: AMD: To Merge or Not To Merge?