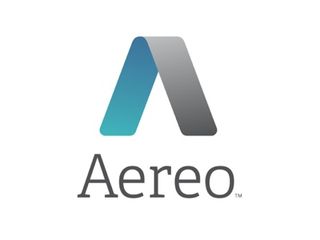 It's a Kafkaesque situation for Aereo, a company that until recently offered a subscription service that captured over-the-air TV signals and piped them to people's homes over the Internet. On June 25, the Supreme Court ruled in favor of TV broadcasters that had sued Aereo for acting like a cable company without paying the licensing fees that cable companies are required to pay. But when Aereo offered to pay the fees this week, the US Copyright Office, which oversees licensing, said Aereo isn't allowed to pay the fees, because it is not, in fact, a cable company.

In a way, both the Supreme Court and the Copyright Office are right, and the fault for the confusion lies with Congress, which has ignored the phenomenon of Internet video for decades. In the process, it has entrenched established media companies like Comcast and Verizon and left innovative startups in limbo. The problem is not that Aereo shouldn't have to play by the rules and pay licensing fees. It's that there currently are no rules for a web-based broadcast company like Aereo.

Most of the laws covering TV broadcasting are in the Copyright Act of 1976 — when the proto-Internet could barely transmit text, let alone HD video. The Act settled the matter of whether cable companies should license the TV they had been picking up by antenna and sending to customers over wires. Congress decided that cable providers should pay "compulsory licensing" fees. A compulsory license says that a copyright owner, such as the TV networks, has to license its works to a transmitter.

To keep the fees reasonable, Congress set up a complex formula to determine the rates. It's based on factors like how many subscribers a cable company has, how large an area those customers are spread over, and the cable company's gross receipts.

For a while, Congress generally kept up with technology. The Satellite Home Viewer Act of 1988 set up its own system for determining licensing fees for satellite TV providers. And in the Telecommunications Act of 1996 (the same one behind the current confusion over Net neutrality regulation), Congress recognized a new kind of TV broadcaster called "open video systems" — basically just telephone companies that also want to broadcast TV. You can thank that 1996 law for Verizon FiOS TV.

And then, Congress stopped paying attention. Even in the late '90s, startups were already predicting that they would be broadcasting TV over the Internet and asked the Copyright Office what they needed to do to follow the law. But no answer came.

In a 1997 report to the Senate, the Copyright Office wrote that, "it would be inappropriate for Congress to grant Internet retransmitters the benefits of compulsory licensing." The reason, it said, was that broadcasting over the World Wide Web, which is global, was entirely different from transmitting content within a particular country and a particular service region. It would require more study and rulemaking by Congress.

Fair enough, but that was 17 years ago and Congress still hasn't addressed the issue. Meanwhile, Netflix accounts for up to 34 percent of all U.S. Internet traffic during peak times, according to networking services company Sandvine, Inc. That's not including YouTube, Amazon Video, Hulu and dozens of other video sites. Then there are apps from TV networks (such as ESPN and HBO) and cable companies (such as Time Warner), plus Internet broadcasts from local TV stations.

People are "cord cutting" by getting rid of cable and satellite, but using the Internet to keep watching "TV." To many Americans, the Internet, cable TV, satellite broadcasts and antenna reception are all TV, just different ways of getting it. And to the young "cord nevers" who grew up watching online video, the Internet is the first form of TV that they think of.

Having nothing but a 1976 law to go on, the Supreme Court decided that Aereo was acting like a cable company, so should play by the same rules and pay compulsory license fees. But when Aereo submitted its paperwork to the Copyright Office, it was rebuffed. The Copyright Office had said way back in the '90s that it needed guidance from Congress on how to regulate Internet TV. Congress still hasn't acted.

Government regulations are meant to insure a level playing field that treats companies equally and benefits consumers. By punting on the issue of Internet video, Congress has tilted that playing field heavily in favor of old media monopolies, leaving new technology providers in legal limbo.

Senior editor Sean Captain watches a lot of TV — on his laptop. Follow him @seancaptain and on Google+. Follow us @tomsguide, on Facebook and on Google+.