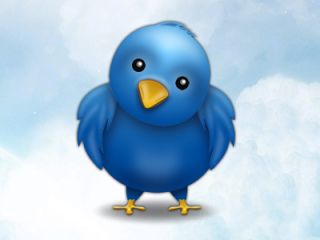 On Thursday, Twitter said that tweet censorship will now only take place locally instead of globally. Prior to the announcement, the only way the company could operate in certain countries was to remove offending entries on a global scale even if the comments were not offensive or prohibited elsewhere.

"As we continue to grow internationally, we will enter countries that have different ideas about the contours of freedom of expression," the company said in a blog. "Some differ so much from our ideas that we will not be able to exist there. Others are similar but, for historical or cultural reasons, restrict certain types of content, such as France or Germany, which ban pro-Nazi content."

Twitter has also created a way to communicate transparently to users when content is withheld, and why. So far Twitter hasn't been forced to censor a tweet, but if the need arises within a specific country, the company will attempt to let the user know, and clearly mark when content has been withheld. Exactly how Twitter plans to alert the public of censorship is unknown, but hashtags like #censored or #nuked # or #deadbird may be used.

"As part of that transparency, we’ve expanded our partnership with Chilling Effects to share this new page, http://chillingeffects.org/twitter, which makes it easier to find notices related to Twitter," the company stated. "One of our core values as a company is to defend and respect each user’s voice. We try to keep content up wherever and whenever we can, and we will be transparent with users when we can't."

"The Tweets must continue to flow," Twitter said with a capitol "T."

In other social networking news, teens are now taking over Google+ (+ohsnos, or #ohsnos). Seeing a potential big business, Google has decided to throw open the doors to the 13+ crowd, or as Bradley Horowitz puts it, to help them "build meaningful connections online" while also providing "features that foster safety alongside self-expression."

"Google+ Hangouts bring people together using live multi-person video, and the results range from heartwarming to awe-inspiring," reads his blog. "However, we recognize that connecting face-to-face is special and serious, so if a stranger outside a teen’s circles joins the hangout, we temporarily remove the young adult, and give them a chance to rejoin."

"Our newly launched Google+ Safety Center describes these and other changes in more detail, but our approach is straightforward: build awesome features that teens really want, encourage safe behavior through appropriate defaults and in-product help, and make abuse reporting tools easy to find and use," Horowitz writes.

There goes the +neighborhood.