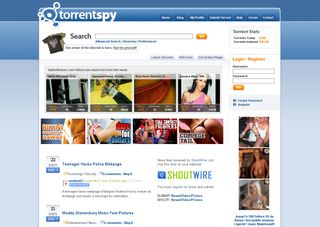 The MPAA filed the suit against the website in February of 2006 accusing TorrentSpy of supporting copyright infringement by allowing its users to share pirated files. In an attempt to cover their tracks, TorrentSpy moderators destroyed evidence and lied under oath about the existence of users IP addresses. As a result of these discrepancies, in December 2007 the court was forced to terminate the lawsuit against TorrentSpy for false testimony and destroyed evidence. Shortly after, the website blocked US users from accessing the site.

In March 2008 TorrentSpy shut down for good citing “the ultimate method of privacy protection” as the reason for taking the site offline. While TorrentSpy claims it had nothing to do with December’s ruling, the MPAA claims it was because of the December 2007 ruling.

The $110 million is divided up into $30,000 for each of the 3,699 incidents of infringement it proved in the case against TorrentSpy, which makes it one of the biggest copyright judgments ever handed down.

Aside from the more than hefty fine, the court also issued a permanent injunction which further prohibits TorrentSpy’s parent company, Valance Media from engaging in any activity that encourages, promotes, solicits or knowingly facilitates, enables or assists copyright infringement.