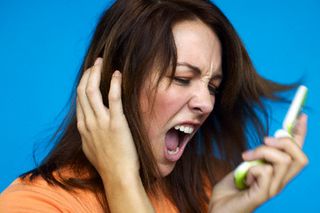 "I am concerned with whether this market consolidation, and increased market power by the major carriers, has contributed to this doubling of text messaging rates over the last three years," the Chair, Senator Herb Kohl said in his letter to AT&T, Sprint, T-Mobile and Verizon Wireless regarding the price hikes.

Since 2005 the price of a text message has increased across the board from 10 cents to 20 cents a text, with only four companies serving 90 percent of the U.S. market – down from six, with carriers continuing to make local acquisitions and eat up more of the market share.

"Some industry experts contend that these increased rates do not appear to be justified by any increases in the costs associated with text messaging services, but may instead be a reflection of a decrease in competition, and an increase in market power, among your four companies," he wrote.

Text messaging has taken off in the U.S. at a slower pace than in other markets, particularly Europe where SMS messaging is the most mature and outstrips traditional calls as a percentage of mobile phone usage amongst many market segments.

"Also of concern is that it appears that each of companies has changed the price for text messaging at nearly the same time, with identical price increases," he wrote. "This conduct is hardly consistent with the vigorous price competition we hope to see in a competitive marketplace."

Sprint was the first to raise the price of a text message to 20 cents in the fall of last year, with the remaining carriers also raising their prices shortly after. Kohl has asked the four carriers to explain this, and the differences in pricing and service offerings they are competing against.

He also asked for data on the utilization of text messaging from 2005 to 2008. He gave the companies till October 6 to respond.