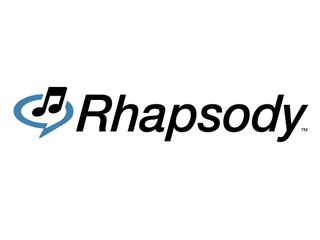 The music service, owned by Real Networks and MTV, will go from offering a monthly subscription to the more iTunes-esque $0.99 cent a song, $9.99 an album pricing model. The songs will no longer be DRM-ring fenced as they were previously, keeping them off of iPod’s and locked into strict restrictions; but will now be DRM-free MP3’s.

Rhapsody will also now be availing of a partnership struck with Verizon to provide music to cell phone users for $1.99 a song, which can then be transferred freely to a computer or other device.

The comparisons of the new Rhapsody to iTunes, and its distant cousins from Amazon, Wal-Mart and others, is natural. Whether Rhapsody will take market share directly from Apple is another question – iTunes is very entrenched in the minds of its users, and most do not have a problem with its DRM restrictions given that they live inside the Apple “walled garden” and it doesn’t hinder their usage too much.

What Rhapsody can do is take growth – new users – away from iTunes. The digital distribution of music is exploding and Rhapsody, as well as other services, can try and take a slice of the new users – probably people who buy non-Apple MP3 players and cell phone users – and over time build a world of iTunes people and non-iTunes people.