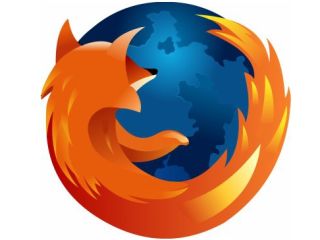 On Tuesday, Mozilla finally dropped the "beta" tag from its Firefox browser for Android and launched Firefox (14) on Google Play. The company said the browser has been redesigned to make it "screaming fast" and a "personalized upgrade to mobile browsing." The company even provided a benchmark showing the new Firefox outperforming even Google's own Chrome browser for Android v4.0.

"Firefox for Android has a fresh, streamlined look with a personalized start page that saves you time getting where you want to go on the Web," the company said. "The new Awesome Screen powered by Firefox Sync delivers all your browsing history, bookmarks, passwords and form data to your Android phone. We also optimized your favorite features like tabbed browsing, Firefox Sync and Firefox Add-ons to deliver the best mobile browsing experience possible."

To minimize clutter, Mozilla has crammed all open tabs into one single tab located at the top right. The number represents all open windows, each of which can be accessed via a list by touching the tab itself. Gone are the side panels located to the left and right (which is something that Dolphin still uses), as all bookmarks are listed on a separate page along with a list of Top Sites visited by the user, and the browser's history. This page can be accessed from the Start page after hitting the "+" symbol, or by hitting the tab button and then the "+" symbol.

"Firefox for Android is significantly faster than the stock browser that ships on Android phones according to the leading industry benchmarks, such as Sunspider," the company said. "In addition, we developed a new benchmark, called Eideticker, that measures the actual user Web experience and we built Firefox for Android to it, yielding an experience that is two times faster than the stock browser."

Probably one of the big benefits for using Firefox for Android is the support for HTML5. This undoubtedly paves the way for the upcoming Mozilla Marketplace which will offer free and premium apps that don't require local installation. Currently Firefox for Android users can play Mozilla's cool HTML5-based action-RPG BrowserQuest on Android v2.2 devices and above -- just be aware that HTML5 data can eat up the device's internal storage, adding on top of Firefox's 1.53 MB footprint after it's moved to the SD card.

"New HTML5 capabilities in Firefox for Android enable developers to create rich Web apps and websites based on HTML5, JavaScript, CSS and other open Web standards," Mozilla said. "As the advocate for the Web, Mozilla exposes new Web APIs and submits them to standards groups to move the Web forward as a platform. Among the standards that Mozilla helped build are Camera API, Vibration API, Mobile Connection API, Battery Status API, Screen Orientation API and Geolocation API."

To get the new Firefox for Android, head over to Google Play here.