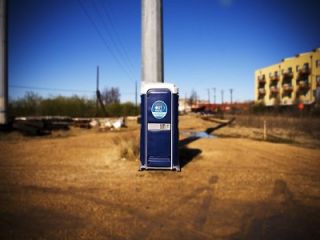 As disgusting as it may be to imagine, utilizing human waste to create energy would be a huge leap towards a bright future for developing countries. Most developing countries lack the resources for an affordable and sustainable energy source and are faced with unsanitary water and living conditions.

Hoping to turn a negative into a positive, the Bill and Melinda Gates Foundation has donated a $1.5 million grant towards a "Next-Generation Urban Sanitation Facility" in Accra, Ghana. These facilities aspire to convert human waste from a sewage into biodiesel and methane products that can be used as fuel energy.

This project aims to produce energy from waste while tackling the problem of sanitation as well. Many cities in developing countries feature poor sewage systems that allows bacteria into water sources which are used for everyday activities such as drinking, cooking and irrigation. This leaves many residents susceptible to deadly diseases such as cholera.

Dr. Kartick Chandran of Columbia University will head up the project in collaboration with chemical engineering professor Moses Mensah, and founder of Waste Enterprisers Ashley Murray. The team hopes to create a biorefinery to recover and harness energy from fecal matter turning it into a reliable resource rather than an inconvenient waste product.

The Next-Generation Urban Sanitation Facility isn't the first of projects with aims to create energy from waste, but could be a pivotal stepping stone in the developing future of many countries facing dangerous sanitation issues and a lack of reliable, affordable energy.