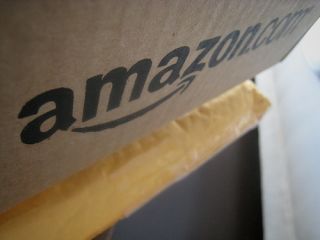 Unnamed sources have told CNET that Amazon is gearing up to announce a virtual locker service next week. The online retailer has reportedly been in talks with major record companies and Hollywood film studios to provide a cloud-based service that allows customers to store their existing music, film, and book collections in the cloud-- even content not purchased from Amazon.com.

Sources claim that Amazon is rushing to get a cloud-based service launched, as both Apple and Google are scrambling to get their offerings negotiated and online soon. Currently Amazon hasn't landed all the necessary licenses, but the online retailer is expected to reveal the service before agreements are set in stone anyway. It's also speculated that consumer demand alone for an Amazon virtual locker may push record and film studios into a licensing agreement.

Friday brought reports that Apple signed on Warner Music Group for its unannounced digital music locker. The service is believed to be one part of a major overhaul to Apple's current MobileMe offering, and may actually cost users $20 per year for storing music files in the cloud. But given the Amazon report released on Monday, Apple may be moving everything to the cloud, offering much-needed storage services not only for music, but for movies, ebooks and other media purchased from iTunes.

Friday also brought reports that Google had officially began internal testing of its music locker service following previous reports that it was already up and running. The unnamed music service was discovered by an XDA Developers forum member who installed Google 3.0 Honeycomb on a smartphone. Now Google employees are supposedly testing the new service, and will reportedly be much different than what was discovered on Honeycomb weeks ago.

As for the Amazon digital locker, the online retailer already has experience offering content from the cloud. Currently consumers can purchase e-books and download them to any registered device using the Kindle app, a PC or the actual Kindle e-reader itself. Consumers can also purchase movies and TV episodes through Amazon's Instant Video and watch them from any compatible device (PC, notebook, etc). Subscribers to the Prime service can even stream any one of 5,000 TV episodes and movies for no additional cost.

Out of the three, Google's offering may not be quite up to par with Amazon and Apple. Although Google offers an e-book service, and the music service is in the works, it currently offers nothing on the video front. Perhaps that will change in the coming months.