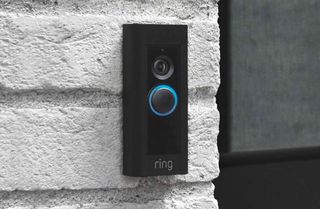 Ring Video Doorbell owners may not realize it, but if they choose to sign up for the Neighbors app, their neighbors -- and a whole lot of other people -- may be able to figure out where they live.

Gizmodo got hold of some 65,000 posts by users of Ring's Neighbors app, which lets people in a general area share tips and concerns about suspicious activity, including sharing video clips from Ring video doorbells. Local police departments also can get access to Neighbors posts if the Ring users allow it -- which does not sit well with many privacy advocates.

Gizmodo found "hidden geographic coordinates that are connected to each post" accurate to "up to six decimal points" of latitude and longitude, though the blog wouldn't say exactly where or how those coordinates can be found in each post.

The hidden coordinates were fed into an algorithm that "was able to produce detailed maps depicting the locations of tens of thousands of Ring cameras across 15 U.S. cities with varying degrees of accuracy."

Now, these locations are only of Ring owners who've posted to the Neighbors app. If you have a Ring Video Doorbell but haven't opted into Neighbors, or you've signed up for Neighbors but haven't posted anything, this doesn't apply.

Furthermore, the coordinates do not actually indicate the location of Ring video doorbells. Instead, they indicate where Ring users reported "incidents." That could be on the Ring user's porch, or it could be three blocks away.

Gizmodo noted that the coordinates associated with a report of package theft "didn't pinpoint the user's home precisely," but that the house was easy to find anyway, because "a particular fence shown in the video wasn't hard to spot."

Of course, you might be able to get the same results with Google Street View by just noting the general vicinity in which an incident was reported and driving around.

Amazon-owned Ring responded to the Gizmodo report by saying it can do some things better.

“Ring is always open to dialogue about ways we can iterate and improve upon our products, but it is also important to ensure that the Neighbors app and the way its features work are properly represented,” said a Ring spokesperson.

Ring also said it would continue to educate the public on how its app works, but privacy advocates don't seem to be satisfied by the company's response thus far.