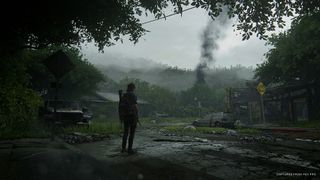 The Last of Us Part II (or The Last of Us 2 as many fans call it) is the sequel to one of the best PS3 games and best PS4 games of all time, which told the story of Joel, a gruff smuggler, and Ellie, the teenage girl he is charged with protecting.

Joel and Ellie try to survive a world in which a large chunk of the population has become infected with mind-controlling spores. And now they’re back for a second round. Here’s everything we know about The Last of Us 2, including the game’s release date, trailers, gameplay and pre-order options.

The Last of Us 2 release date: When is the game coming out?

Initially TLoU2 was scheduled for release on Feb. 21, 2020. However, Kotaku broke the news that the game has been delayed until “Spring 2020.” Soon after, Neil Druckman, the game’s director, has officially announced a new release date of May 29, 2020.

It’s a little longer to wait, but Naughty Dog promises the delay is to make sure the game’s up to the studio’s high standards.

The Last of Us 2 trailer

The first trailer for TLoU2 appeared at the PlayStation Experience in December 2016. Here it shows a lot of forest environments, plus Ellie playing her guitar with a dead body at her feet, and promising a bearded man who approaches her (likely Joel but we can’t see his face) that she’s going to kill a bunch of people.

Our next glimpse at the game came at E3 2018, which moves between a cutscene Ellie at a dance with her friends and gameplay, involving a stealth infiltration of an enemy hideout.

The melee and bow combat are instantly familiar to those who played the previous game, but the developers have said that there are major differences between how Joel played in that game and how Ellie, the main player character this time around, works in this one. For example, the trailer seems to show Ellie can dodge attacks, grab enemy weapons and go prone to hide in grass or duck under low cover.

Most recently, the release announcement at Sony’s State of Play event in September 2019 came in the form of another trailer, which shows us more of the settlement Ellie has moved into since the last game, and how the dreaded ‘clicker’ enemies from the previous game are not too far away from safety. There’s some more hints of new mechanics too, like horse riding and driving boats. Finally, there’s a lot of story information, hinting at why Ellie has sworn revenge on the cult-like group she’s pursuing, and reintroducing us to an older Joel.

The Last of Us 2 editions: what versions of the game are available?

There are four different versions of The Last of Us Part II, but fortunately they’re fairly easy to tell apart as each edition adds more on top of the bundle before it.

The Standard Edition ($59.99) comes with just the game disc but offers a full digital version of the game too, as well as in-game bonuses in the form of an ammo capacity upgrade for Ellie’s pistol and a crafting training manual which unlocks extra crafting and upgrade recipes instantly.

Pre-ordering the Standard Edition also gets you a PSN Avatar image of Ellie’s tattoo, so you can represent your love of the series on your profile.

The Special Edition ($79.99) adds a steelbook case and a 48-page mini art book, with a dynamic PS4 theme and six PlayStation Network avatars.

The Collector’s Edition ($169.99) is a big jump up, adding a 12-inch (30cm) statue of game protagonist Ellie playing her guitar, a lithograph art print, a pack of five stickers and six enamel pins, a digital copy of the soundtrack and also a replica of the bracelet worn by Ellie (which you can also see on Dina’s wrist in the E3 2018 trailer above).

Finally, the Ellie Edition ($229.99) contains everything already mentioned plus a vinyl record containing music from the game’s soundtrack, a fabric patch of the game’s logo, and a replica of Ellie’s backpack.

All of the above are physical editions, but there’s also a Digital Deluxe Edition ($69.99) which combines the PS4 theme, six PSN avatars, digital soundtrack and a digital version of the art book, along with the in-game bonuses.

The Last of Us 2 pre-order: where can I buy the game?

You can pre-order TLoU2 from several stores already. In the US you’ve got Amazon, Best Buy and GameStop, while UK readers can head to Amazon UK or Game. Alternatively, you can go straight to the PlayStation Store to order a digital edition.

The Last of Us 2 multiplayer: Is there any?

The first Last of Us game offered a competitive multiplayer ‘Factions’ mode, but unfortunately, Naughty Dog announced that there would be no multiplayer element in TLoU2, citing the ambitious and work intensive nature of the single player campaign as the reason.

An update regarding multiplayer: pic.twitter.com/CUd98LgJGCSeptember 27, 2019

However, as the above tweet indicates, there has been work on a multiplayer mode, and we will be seeing the results of it at a later date. This could be in the form of an update to the main game after the release, or perhaps an entirely separate spin-off title.

The Last of Us 2 gameplay

Beyond what we see in the trailers, there’s been some limited hands-on time available for the game which fortunately we got to experience. You can read about our full The Last of Us Part 2 Hands-on report here, but to briefly summarize what we saw, the two sections involved typical stealthy combat with few resources. Our hands-on demo took place in Jackson, Wyoming and Seattle, and pitted us against infected and human enemies.

The Last of Us 2 characters: where's Joel?

In the first game, players controlled Joel, while Ellie was an AI-controlled companion, who could help out in fights, but also needed help crossing the platforming puzzles in the game. There were a few moments you took control of Ellie but it was very much Joel’s game.

This time, Ellie is the player character. Joel will appear in the game at some point, as confirmed by the most recent trailer, and Dina is also accompanying you for at least a small part of the game, but whether we’ll see a full reversal of the original’s player and companion mechanic, or a more solo experience, remains to be seen. The latest story trailer confirms that Joel is making a return, though its unclear whether he’ll be playable or not.

Since the game is developed by Naughty Dog, a California-based developer owned by Sony, it should come as no surprise that TLoU2 is exclusive to the PlayStation 4. The original TLoU was a PlayStation 3 exclusive, and was later remastered for the PS4. We already know that all PS4 games will work on the upcoming PS5, though there’s no word on whether Sony’s next-gen console will get its own enhanced version of The Last of Us 2.

What about The Last of Us 2 on PC?

While The Last of Us 2 will obviously be exclusive to Sony platforms, there could be a chance that it’ll be playable on PC in some form. Sony’s PlayStation Now streaming service currently lets you stream PS4 God of War, The Last of Us and Uncharted 4 to your PC, so it’s possible that The Last of Us 2 could join the service at some point. But certainly don’t hold your breath for an Xbox One or Switch version.