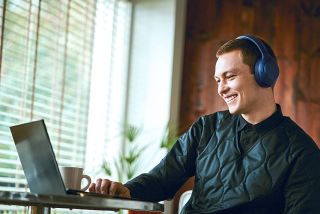 Investing in a pair of great noise-cancelling headphones can put a dent if your wallet. Oftentimes, these headphones can cost upwards of $300. That's why we're super excited to bring you this deal on one of the best wireless headphones around.

Amazon currently has the Sony WH-XB900N Noise-Cancelling Wireless Headphones on sale for $198. Normally priced at $250, that's $52 off and the lowest price we've ever seen for these Sony headphones. (Best Buy and Walmart offer the same price). It's one of the best cheap headphone deals we've seen this summer.

Sony WH-XB900N Wireless: was $250 now $198 @ Amazon
The Sony WH-XB900N wireless headphones let you enjoy booming bass without distractions. They feature 40mm drivers, Bluetooth connectivity, and up to 30 hours of battery life. They're an affordable alternative to the Sony WH-1000XM3.View Deal

Although the Sony XB900N can be mistaken for the pricier Sony WH-1000XM3, the XB900Ns cost $100 less than Sony's premium $349 cans. However, like their pricier alternatives, the XB900Ns pair seamlessly to your Android or iOS device. They also work with Sony's dedicated app, which hosts a ton of customization features. Via the app you can manage what's playing, adjust EQ settings, and activate Google Assistant or Amazon Alexa.

Audio deals this good don't last long, so we recommend you snag these headphones before they run out of stock.