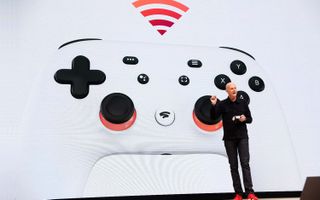 When Google updates its Android TV platform to Android 11 in 2020, it should bring with it a very significant new feature — the ability to play games over the cloud, courtesy of Google Stadia.

Google is reportedly planning to introduce Stadia integration with the next big update for Android TV due next year, according to a roadmap illustrated in a leaked presentation provided to XDA Developers. The presentation was reportedly shown at the International Broadcasting Convention in Amsterdam, though the details at this gathering were not made available to the public.

At launch, you'll need a $9.99-per-month Stadia Pro subscription to be able to use the service. Stadia Pro will entitle you to some free games here and there, though customers will still have to purchase the bulk of their libraries separately. Next year, Google will introduce a Stadia Base program that doesn't come with a monthly subscription fee, though Base users miss out on those free game perks, and also won't be able to stream titles at the service's peak 4K resolution and 60 FPS frame rate.

Stadia isn't the only new feature on the docket for next year's big Android TV update. Google is also planning on unleashing Android 10's breakthrough Live Caption feature on Android TV, likely around the same time Stadia support drops. Live Caption uses artificial intelligence to narrate anything on a phone's screen, which obviously poses massive potential for TV viewing. There could also be a new "hero device" in the cards, built by Google and packed with all of Android TV's latest innovations.

When Stadia does arrive for Android TV, it could transform Google's streaming boxes into makeshift gaming consoles for those who don't have dedicated systems and PCs. In fact, Apple Arcade, which launches later this week, may tap into a similar demand from Apple TV owners — although that hardware doesn't utilize cloud computing to run games, and is launching with smaller indie titles rather than the triple-A experiences Stadia is chasing.

We should know more about Stadia, in addition to the Google Pixel 4 and a slew of new Google devices, at the company's just-announced Oct. 15 event in New York City.