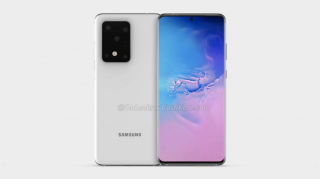 Samsung is hard at work on a new Galaxy S11 lineup the company will unveil early next year. And now, there are signs that the battery capacities planned for three Galaxy S11 models could top those from Apple's iPhone 11.

In other words, Samsung's Galaxy S11 lineup will have far more battery capacity than anything you'd get from Apple.

Of course, battery capacity isn't everything. A phone's battery life is dictated in part by the battery pack size, but also by the device's components and software and the efficiencies the device maker can deliver in improving battery life.

What we don't know is what sort of toll the Galaxy S11's rumored 120Hz display will take on battery life, or how quickly its 5G connectivity will drain power.

We'll know a lot more once Samsung announces the Galaxy S11 at its launch event, which is expected to take place in late February. To learn more about the Galaxy S11's specs, killer camera and other leaks, check out our Galaxy S11 rumor roundup for all the latest info.