When you purchase through links on our site, we may earn an affiliate commission. Here’s how it works.

Get the free Data Breach Monitor with all plans at Atlas VPN
Ends: Sun 31 Dec 2023
Get Discount

Download VPN for free on Windows and Linux at Atlas VPN
Ends: Sun 31 Dec 2023
Get Discount

Refer a friend and get 7 days Premium free at Atlas VPN
Ends: Wed 26 Apr 2023
Get Discount

What are the most popular Atlas VPN plans?

Can I read an Atlas VPN review?

Here at Tom's Guide, we've got hands-on with Atlas to weigh up its pros and cons. In our Atlas VPN review, we said it's a powerhouse in terms of performance and streaming unblocking as it offers better service than more established services. We were especially impressed with it's high speeds.

Can I get Atlas VPN for free?

Atlas VPN Free is the service's appropriately-named free tier which holds a spot in our best free VPN guide. In our Atlas VPN Free review, we said it offers excellent connection speeds and a decent monthly data limit. We were also surprised by its impressive streaming unblocking power. However, its limited features and wide range of small issues means the paid version is a better bet for customers who value consistent performance.

Atlas VPN offers customers a 30-day money-back guarantee, meaning that if you're unhappy with your service for any reason, you can get in touch with their customer service team to cancel your plan and receive a full refund.

If you need to get in touch with Atlas VPN customer service, you can do so by emailing support@atlasvpn.com if you're using Atlas VPN Free. Members with paid plans can get support via a 24/7 live chat by logging in to their account through the Atlas VPN website. Members of either plan type can also submit a request through the site's Contact Us page.

There are various ways to save money at Atlas VPN. They include:

How to use Atlas VPN promo codes

There are no active Atlas VPN coupons. However, there are other ways to save on your Atlas VPN subscription. For instance, you can save over 80% when you sign up for a multi-year plan. Or you can use Atlas' referral program or student discount to get you (and your friend) freebies.

Should I choose Atlas VPN?

Despite being a relatively newcomer to the world of VPN services, Atlas VPN has proven it's here to stay. The company positions itself as a "freemium VPN service". That just means that it has both a free VPN and a paid-for option.

Although you can use the free version on an unlimited number of devices with no speed limits, it's worth noting that free users are restricted to just three locations (Los Angeles, New York, and Amsterdam) and 5GB of data per month.

As a result, we recommend the paid plan which includes your pick of 750+ servers in 45 locations, including servers that are specially optimized for 4K video streaming. You'll also be granted a host of bonus features such as ad-blocking and malicious website detection.

Atlas VPN provides three paid plans to choose from. The straight monthly rate option starts at $10.99. Pay for a full year upfront and that drops dramatically to the equivalent of $3.29 per month. The best option for value shoppers is Atlas' three year plan, which costs $1.99 per month.

In terms of privacy, in our Atlas VPN review we found it has some room for improvement. It's covered by the basics — AES-256 encryption, WireGuard, and privacy features like SafeSwap, which allows you to you hop from multiple IP addresses at one time. However, Atlas VPN has only carried out an independent security audit on its Windows and iOS apps. And even these are fairly limited in scope. Its cookie disclaimer only has an "accept" option, too, which makes us question whether Atlas VPN is serving the privacy and security needs of its customers.

When it comes to performance, Atlas VPN isn't the fastest provider we've tested, but its WireGuard speeds are extremely impressive topping out at a zippy 740Mbps. That places Atlas in a similar range to CyberGhost (730Mbps) and IPVanish (720Mbps).

As deals editor at Tom’s Guide, Louis is constantly looking for ways to avoid paying full price for the latest gadgets. With over 10 years of deals-hunting experience, Louis price checks against multiple retailers and searches high and low for the best deals to bring readers. A born-and-bred New Yorker, Louis is also an avid swimmer and marathoner. His work has appeared on Gizmodo, CNET, and Time Out New York.

1 ratings with the average rating of 5 out of 5 stars.

Founded in 2019, Atlas VPN is a relatively new VPN provider that quickly made a name for itself and was acquired by NordVPN in 2021. Currently, Atlas VPN has a somewhat modest network of 750+ servers spread across 37 countries. It's loaded with both WireGuard and IKEv2 protocols, making it one of the fastest VPNs on the market. With typical speeds of 650-800Mbps, Atlas is noteworthy for users who want to stream HD and 4K content while connected to a VPN. When it comes to security, Atlas VPN offers IP-jumping SafeSwap, malware and ad blocking, a data breach monitor, private DNS, and a no-logging policy. Atlas has also run an independent security audit on its iOS VPN. Although the company offers aggressive pricing, Atlas VPN coupons can help you save money on your annual subscriptions. On this page, we'll list the best Atlas VPN coupons alongside other ways to save on your subscription. 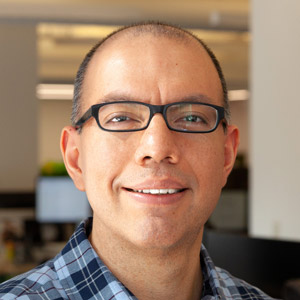 As deals editor at Tom’s Guide, Louis is constantly looking for ways to avoid paying full price for the latest gadgets. With over 10 years of deals-hunting experience, Louis price checks against multiple retailers and searches high and low for the best deals to bring readers. A born-and-bred New Yorker, Louis is also an avid swimmer and marathoner. His work has appeared on Gizmodo, CNET, and Time Out New York.