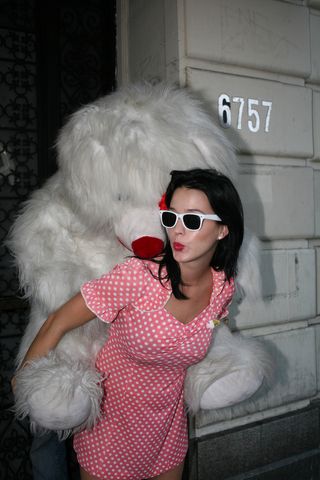 Last week Electronic Arts announced that pop artist Katy Perry’s new single "Hot N Cold" is currently available on The Sims 2 Apartment Life soundtrack. Katy Perry is joined by other international artists on the soundtrack including Vanilla Sky from Italy, Ranetki Girls from Russia, Gabriella Cilmi from Australia ("Sweet about Me") and more. However, the company also released a new music video based on the hit song, shot entirely in-game and features Perry performing "Hot N Cold" in The Sims’ native language, Simlish.

“Being a gamer myself and a big fan of The Sims, I had a blast recording ‘Hot N Cold’ in Simlish,” Katy Perry said. “The essence of The Sims is all about creativity, community, and humor which is also the foundation for making great music, so it’s a perfect fit.”

Currently, "Hot N Cold" ranks #13 on Billboard’s Top 40 chart. This is the second hit single off her new debut album, ’One of the Boys’. Her first single, "I Kissed a Girl," is also in the Top 40, currently sitting in the #18 position after reigning at #1 for numerous weeks. Due to its promiscuous theme, the song brought its share of controversy; however, the single only enhanced Perry’s charisma and quickly propelled her into the forefront of current pop musicians.

Previously other well-known musicians have recorded "Simlish" version of their songs, including The Black Eyed Peas, Depeche Mode, Pussycat Dolls, Paramore, Lily Allen and many more.