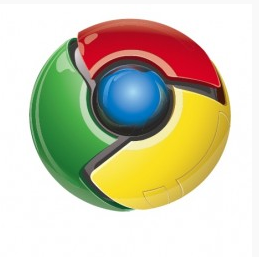 CEO of Mozilla, John Lilly, has said in a recent interview that, while the company’s relationship with Google is reasonable, he’d be lying if he said things weren’t more complicated than they were before Google launched Chrome.

Ever since Google announced the launch of its own browser back in September people have been wondering where the search giant stands with Mozilla. Google has supported Mozilla for a while now so when Chrome hit the market, it definitely raised a few eyebrows.

We had our own ideas about why Google might want to launch a browser when the company was behind the folks at Mozilla and Firefox. As a company, Google generates most of its revenue from people using its search engine. Google is already the number one search engine in the market and left Yahoo! and Microsoft in the dust a long time ago. Already number one, the company needs to find new ways to push people to use Google.

Chrome is an attempt to steer users towards the Google ecosystem by creating a browser that is cleaner, lighter and faster. Although Google is pushing the Chrome thing, the company said at launch time that it will continue to support Firefox and that it doesn’t care who’s number one in the browser business, nor does it care who creates the best browser. Google just wants there to be another avenue to attract more users to its services and making the web more appealing to those who are fed up with bloated browsers.

Still, our own musings aside, we figured Lilly was be of the same opinion. Back in September, Lilly wrote a blog post assuring users that with competition comes innovation. Chrome wouldn’t mean much for Firefox other than add another browser to Mozilla’s list of competitors -- but with the pressure to surpass competing companies, Firefox would continuously evolve.

According to ComputerWorld,  Lilly said that companies compete in certain areas but collaborate in others, all the while reminding people that the deal was not forever.

"Companies cooperate in certain areas and compete in other areas all the time," Lilly said. "We're cooperating with Google because we believe that search is a fundamental entry point to the Web, and right now, Google gives the best search experience."

"Our goal is to be an advocate for the Web for 50 or even 100 years, and you can't depend on any one organization," he continued. "Our [current] three-year agreement is the longest we've ever had.”