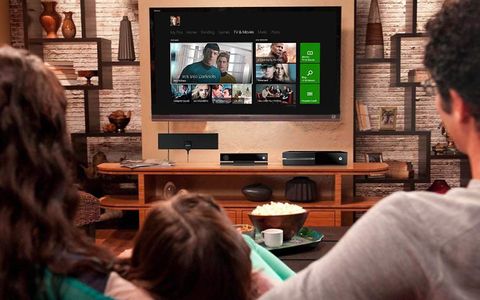 The Miescher HD antenna is one of several dozen small, flat, inexpensive models on the market that will pull in a handful of stations in places where over-the-air broadcasts are plentiful.

The non-amplified $10.99 Miescher HD antenna is one of several dozen small, flat models on the market and one of a growing number of under-$20 designs available. That means there is a lot — a lot — of competition, with several nearly identically featured and priced antennas available that offer better reception. (See our reviews of the Antop Paper Thin AT-140 and the HomeWorx digital flat antenna, for example.)

Relatively nondescript, the Miescher is a straightforward HD antenna. It arrives without encumbrances like an in-line amplifier, and even the coaxial cable comes permanently attached to the antenna. This antenna's black plastic composition also means that it will blend in relatively easily with most decor.

At less than 11 inches wide and less than 3 inches high, the Miescher antenna can easily hide behind a painting or TV. On the back of the cable attach-point on the antenna is a sticker that works well enough to keep the device stuck to a wall or window. You can also simply lay the antenna flat on a tabletop. The affixed cable is convenient (one less attachment to make), but it means that if the cable is damaged by, say, a misbehaving pet, the antenna itself becomes useless.

We found the Miescher was extremely simple to set up, taking just a couple of minutes. However, before you set it up, we recommend using a site to determine how many over-the-air stations are broadcasting in your area. That way, you can find the best reception spot in your room. To see what is available in your neighborhood, visit the AntennaWeb site.

Using our 55-inch Samsung KS9000 4K TV set for testing antennas at our New York City location, an initial scan turned up a list of 12 stations. After several hours of TV viewing, however, we determined that only 10 of the channels were watchable and free of picture and sound dropouts. By comparison, the Antop Paper Thin AT-140 received 14 stations in our tests, while the HomeWorx digital flat antenna tuned in 18 channels.

Using the Miescher antenna, we watched news on the ABC affiliate and Couples Court on a local channel that looked clear and unsullied (even if the marital situation on the show was far from it). Reruns of The Partridge Family and talk shows on major Spanish stations at the upper end of the dial also looked good.

Unfortunately, the Miescher antenna just pulled in too few stations given the broad range of channels available in the area.

Simple and inexpensive, the Miescher indoor antenna represents a small investment for cord cutters. However, there are more-sensitive, better-performing antennas available. The Antop Paper Thin AT-140 is just $9.99, and the HomeWorx digital flat antenna, which is even cheaper, at $7.99, both offered better reception.