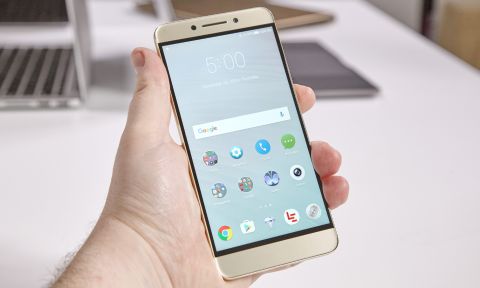 Even with top-tier battery life, LeEco’s LePro 3 isn’t quite as polished as competing midrange phones.

You may never have heard of LeEco, but the Chinese company is hoping to change that with a slew of products (everything from TVs to e-bikes) led by the LePro3 smartphone. For just $400, the Le Pro3 offers the kind of performance you'd get from a $650 Pixel XL, a bright 5.5-inch screen and an elegant, sophisticated design that puts Google's "homegrown" phone to shame.

However, the Le Pro3's camera could perform better, and the phone lacks a lot of creature comforts that are found on top smartphones, including water resistance, expandable storage and a headphone jack. Still, compared to other midrange handsets — and even a couple flagship phones — the Le Pro3 is a welcome newcomer into the U.S. market, and it’s worth your consideration. Just note that this is a GSM-only unlocked phone, so you’ll be able to use the device on AT&T and T-Mobile, but not on Sprint and Verizon.

Despite featuring a company logo that my girlfriend thinks looks like an art deco airplane seat, the Le Pro3 is one of the better-looking phones to come out this year. The phone is perfectly symmetrical up front, where the selfie cam and notification LED are positioned on either side of the earpiece.

On the bottom, the Le Pro3 sports three capacitive-touch buttons that disappear into its chin when not in use. In back, there's a big slab of brushed aluminum that's finished with a clear coat that's so seductively smooth you may never want let go. There’s also a speedy fingerprint sensor below the phone's 16-megapixel rear camera.

You’ll find an IR blaster on top — handy for controlling your TV and audio equipment — and a USB-C port on the bottom for charging and data. However, the Le Pro3 is missing a headphone jack, like the iPhone 7 and Moto Z. And that feels a bit premature to me. Thankfully, LeEco does provide a USB-C-to-3.5-millimeter dongle in the box.

Display: Good, But Not OLED Good

The Le Pro3's display is bright with accurate colors, but because it’s a traditional LCD, you don’t get the color saturation that's offered by OLED-equipped phones. Its 5.5-inch screen is relatively bright, but with just a full-HD resolution, the LeEco doesn't have the same pixel density you'd get on other same-size phones, which may opt for 2560 x 1440 QHD displays.

I don't mean to be overly harsh, because when I watched the trailer for Life, the Le Pro3 still delighted with crisp whites space suits and bright-orange gouts of flame. I just wish there were more contrast between the space station and the empty black void of space.

We measured the Le Pro3 as putting out 464 nits of brightness, which is brighter than both the more expensive Pixel XL (396 nits) and the similarly priced OnePlus 3 (379 nits), as well as the smartphone average of 428 nits.

The color gamut offered by the Le Pro3’s panel, however, was more limited than its competition's, with a range that covered 129 percent of the sRGB spectrum. The Pixel XL and OnePlus 3 were significantly more colorful at 191 and 192 percent, respectively.

Finally, The Le Pro3 hit back with strong marks for color accuracy. It earned a Delta-E rating of 0.72 (numbers closer to zero are better), versus ratings of 5.8 and 2.9 for the Pixel XL and OnePlus 3, respectively.

Featuring a Qualcomm Snapdragon 821 SoC, 4GB of RAM and 64GB of onboard storage, the Le Pro3's performance can keep up with pretty much any Android phone's, despite its midrange price. Apps pretty much launch instantly, and swiping between screens is exceedingly smooth. Even when I used LeEco's Live app to watch a documentary in a pop window while surfing the web, I didn't notice a hint of lag.

One of the most difficult things to get right on a smartphone is its camera, and while the Le Pro3 can take some pretty fine pictures under ideal conditions, it suffers when it comes to challenging low-light environments and employing more advanced features such as HDR.

Shots like the one above look good in isolation. You can see the lovely fall colors on the trees, and the Le Pro3's 16-MP rear cam produces a sharp shot. But when compared side by side with an HDR shot from a Google Pixel XL, the differences are immediately apparent. The Pixel XL's more well-exposed shots reveal more details in the shadows on the left and the clouds in the sky, and more vibrant colors overall.

Another issue is that the Le Pro3 struggles to process HDR shots. In bright light, I noticed at least a 1- to 2-second delay between shots while the phone merged multiple images together. The delay can extend for up to 3 or 4 seconds when you take low-light shots.

Things get closer when you compare the Le Pro3 to the midrange OnePlus 3. In a side-by-side close-up of some flowers, the Le Pro3's shot looks sharper and less noisy than the OnePlus 3's picture.

However, in a shot over Fifth Avenue in Manhattan, the OnePlus 3's camera took way less time to shoot an HDR pic, and produced something with much more detail in the sky, brighter colors on the stonework below and generally richer colors throughout.

At night, I appreciate that the LeEco's photo doesn't have as much grain as one from the OnePlus 3; however, if you look at the bricks on the side of the building, the OnePlus 3 captured more detail.

I don't have many complaints about the 8-MP selfie cam on the front of the Le Pro3, but nothing I shot with it really stood out.

Sporting a customized take on Android 6.0.1, the Le Pro3's interface looks like LeEco applied some of Google's Material Design philosophies to Samsung's TouchWiz skin. There are a lot of flat, rainbow-colored icons and minimalist touches, but a lot of things have been tweaked and moved around.

Instead of swiping down from the top to access quick settings, you press the menu button to simultaneously view all your recent apps and icons for commonly used features such as Wi-Fi, music controls and airplane mode.

You still get all your standard Google apps such as YouTube and Maps, but LeEco doubles you up with its own suite of tools as well. There's also some bespoke LeEco apps like Live, which is for streaming original content right on your phone, though the app’s meager library leaves a lot to be desired.

LeEco includes a few third-party apps that you might download anyway, like Netflix and Yahoo Weather. LeEco has even created its own version of Flipboard, which you get to by swiping right on the home screen so that you can see you own list of curated stories and news.

It's not an annoying change for stock Android purists, but because many of LeEco's homegrown services don't feel entirely fleshed out, they are easy to dismiss as bloat. Maybe that'll change in the future, but LeEco's app suite feels pretty thin right now.

Battery Life: How does more than 11 hours sound?

A lot of smartphone quirks and misgivings can be overlooked if a device has good battery life. And with a time of 11 minutes and 25 minutes on the Tom's Guide Battery Test (continuous web surfing over AT&T’s 4G LTE network), the Le Pro3 earns itself a fair bit of leeway. The Pixel XL wasn't too far off, with a time of 11:11, but the One Plus 3 lasted almost 3 hours less, with a time of 8:33.

During day-to-day use, the Le Pro3 was even more impressive. Even after a weekend of testing, taking pictures and watching videos, the Le Pro3 managed to get through almost two full days without recharging.

LeEco's first big push into the U.S market is full of ups and downs. Logo aside, I love the Le Pro3's elegant design, and as far as all-aluminum handsets go, it's one of the best. The Le Pro3 also has top-notch performance, impressive battery life — and, as someone who hates on-screen navigation buttons that take away screen real estate — the phone's stealthy capacitive-touch controls are a nice bonus.

However, the Le Pro3's limited carrier compatibility, average camera and lack of a headphone jack put a damper on the whole package. At this point in time, the whole LeEco ecosystem still hasn't been fleshed out enough to make it a compelling reason to get the Le Pro3. For my $400, the OnePlus 3 is still the phone I'd buy, but the Le Pro3 isn't that far behind, and if LeEco can build out its platform, or if you can get it for its currently discounted price of $300, the Le Pro3 would definitely be worth some consideration.