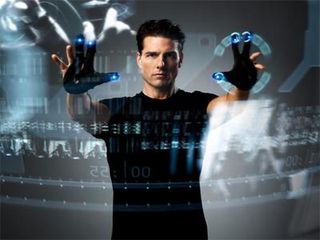 We've talked about Minority Report before, and how people like John Underkoffler are making the film's trademark gesture-control interface a reality. Well Underkoffler's own G-Speak might get overtaken in the race to build the first marketable hand-waving UI, as other engineers are building their own Minority Report UI's from hacked Microsoft Kinects.