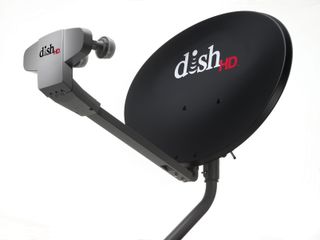 Following a years-long lawsuit, Dish and Fox have reached a settlement that will disable the satellite TV provider's ad-skipping technology for seven days after a show first airs.

Long the target of broadcast networks, Dish's AutoHop feature will automatically skip past all commercials in a pre-recorded program. TV networks contended that this feature, which stirred up some controversy at CES in 2013, undermined their business model, which relies on advertising for revenue. Dish, which already pays carriage fees to broadcast the networks through its satellite boxes, argued that AutoHop was little different from ad-skipping technology already in place.

As a result of the settlement, AutoHop will be inactive for that seven day period, although consumers will still be able to manually fast-forward to skip through commercials.

A joint statement by Dish and Fox reads: "Fox Networks Group and DISH Network L.L.C. have reached an agreement resulting in the dismissal of all pending litigation between the two companies, including disputes over Slingbox technology and the AutoHop, PrimeTime Anytime and Transfers features. As part of the settlement, DISH’s AutoHop commercial-skipping functionality will not be available for owned and affiliated FOX stations until seven days after a program first airs."

The settlement with Fox is similar to agreements (also following lawsuits) reached in 2014 with other major networks. CBS, for example, also has a seven-day window before AutoHop will work, while ABC, ESPN, and other Disney properties have a three-day exemption. NBC has yet to resolve its suit against Dish for the AutoHop feature, but it's reasonable to assume that it would be similar to the other networks.