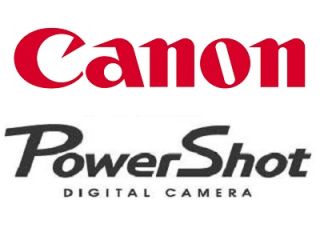 Canon has decided that bad pictures on Facebook should be a thing of the past -- a feat achieved by introducing the Powershot N Facebook Ready Digital Camera. The key distinguishing factor for this latest model in Canon's new Powershot lineup is the presence of a dedicated Facebook connect button which will, after a first time setup, allow users to directly upload their pictures to Facebook. Thanks to the presence of built-in WiFi capabilities, the user can subsequently comment on and share with others the pictures or videos throughout the social media site straight from the camera.

The device itself features Canon's DIGIC 5 Image Processor, along with a 12.1 MPx High Sensitivity CMOS sensor and a 2.8 inch LCD capacitive touch screen display. The lens unit consists of a 28 mm wide angle lens with 8x optical zoom, along with a tactile shutter and zoom rings. The shutter can be controlled through the touch screen, allowing it to track subjects in real time, and the dedicated video recording button allows instant access for Full HD (1080p) video recording.

In "helping people's creativity shine through," Canon has included a collection of features and software that they claim will allow for a more varied and creative way to instantly share images and videos. Familiar face recognition allows for pictures to be focused of known faces, while the Creative Shot tool adds up to five carefully chosen artistic layers to each image for a more diverse experience of each shot. The Canon Intelligent Image Stabilization System reportedly selects the best settings automatically to achieve the most stable shots, allowing for only the best multimedia to make its way onto the Micro SD storage capability.

Canon is not the first company to include Facebook dedicated buttons on their devices, as HTC has done with the ChaCha in June 2011. While demand for dedicated social media devices has been questionable, we are anxious to see if this latest in the Powershot line-up makes a lasting impression on the world of social media. The camera will be available from the beginning of September on the Canon direct online store for $299.99, although currently color choice is limited to solely the white model shown above.