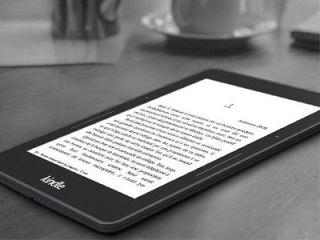 The Kindle Voyage is one of Amazon's upscale e-readers. Traditionally priced at $199.99, Prime members can now buy this rarely discounted e-reader for just $149.99, a $50 price cut.

The Voyage is made of a single piece of magnesium, which is reminiscent of the Fire Tablet's design. Its 6-inch screen has a 300ppi resolution and in place of physical buttons, the Voyage has pressure-sensitive buttons, which provide haptic feedback. It weighs just 6.3 ounces — an ounce under the Paperwhite — and offers clear, crisp text that is easier on the eyes than the Paperwhite.

Like the Paperwhite, the Voyage uses front-light technology for nighttime reading. However, the Voyage features ambient lighting, so it automatically adjusts to your surroundings.

In the world of e-ink readers, the Voyage sits at the very top. Although Amazon has discounted it on a few rare occasions, this is the lowest it's ever been. Amazon's special pricing ends April 3.