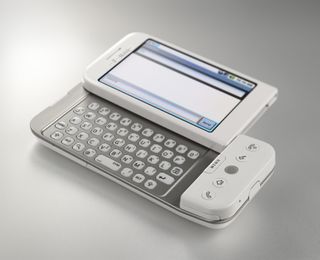 According to “James,” while he was traveling in the UK, he had turned off the data roaming, data sync, and 3G on his G1 phone. Prior to his departure, he did his due diligence by contacting T-Mobile U.S. and was informed that if he did not access the internet from his phone, there would be no charges for data roaming. However, upon his return to the States, he noticed T-Mobile had billed him $100 in data roaming charges and on average, he was charged $0.15 every 3-7 minutes. This led him to believe that the phone was “pinging” something even though the network access was turned off.

This was confirmed by other bloggers and one such Sidekick user discovered that if your service provider is T-Mobile U.S. and you take your device to the UK, were it will default to T-Mobile UK, the device cannot distinguish the geographical difference between the networks and assumes you are still on the home network.

This means the device believes it’s not roaming so your user settings will not prevent it from accessing a data connection. But at the carrier side, T-Mobile U.S. can see that you are indeed roaming and therefore the additional data charges will apply. He suggested that you manually choose a network other than T-Mobile UK for your user preferences to activate.

Similarly, the iPhone is also capable of data push/fetch and there have also been sob stories about how users forgot to turn off their data roaming and were greeted by high cost bills when they returned home. In this instance, it is still unclear who is at fault, the G1 or T-Mobile. We are inclined to believe that it’s a G1 issue, where it seems to believe T-Mobile U.S. is the same as T-Mobile UK.

According to T-Mobile U.S., for data roaming internationally to function, you must activate “WorldClass International Roaming” through T-Mobile directly. Perhaps the most secure way to limit your liability would be to request this service be terminated at the carrier side, which would make it impossible for your to roam internationally. That would also mean your ability to make and receive calls would be terminated along side that request.