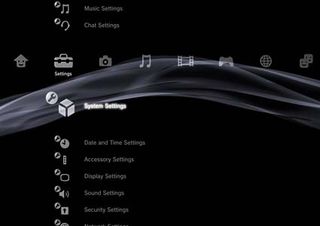 Since Microsoft released its New Xbox Experience (NXE), which includes the ability to stream Netflix movies through the console and onto your TV, many have aloud if Sony would follow suit. According to Sony’s Senior Marketing Manager John Kohler, the answer is no. "We’ve concentrated most of our efforts on our download service, both rentals and downloads of movies and TV shows," said Kohler. "Our efforts will continue to be there, because our customers want to own the content."

Kohler also elaborated on how some consumers didn’t see the novelty in Netflix on their 360. "I was in a focus group in New York recently, and the topic of Netflix came up with a group of Xbox 360 owners. Most of those people weren’t aware of the Netflix agreement. Those that knew wanted to know the difference between Netflix streaming on the PC versus the Xbox 360. They discovered that it’s obviously the same, and those people wanted to know what the "specialness" of that would be. The moderator mentioned that you could watch [the Netflix streams] in your living room. But many of the participants said, "but I could watch that on my laptop, too."

While Sony is concentrating on ownership over content rental, the latest PS3 firmware have made streaming content a breeze. PS3 Fanboy brought up how many, including themselves, were using the popular streaming site Hulu with their PS3 browser. If there is one thing better than renting, it’s being able to (legally) stream TV and movie content from the web.

Content streaming aside, Kohler also touched on PS2 games for the PS3 as well as any XrossMediaBar (XMB) changes in the future. For who would jump at the chance to download their favorite PS2 game Virtual Console style may have some waiting to do. "We’re absolutely interested," said Kohler, "but there are some technical hurdles there that we have to overcome first. Nothing’s imminent on that, but it’s something we are interested in." One thing to remember is that while the PS2 is a generation old, it used DVDs. So, because many developers use as much space as possible when considering available media, PS2 games are inherently larger than any title that one would find on any older Nintendo console. However, since Microsoft is now starting to offer original Xbox games through the NXE, expect Sony to offer something PS2 related in the near future.

As for Sony’s cherished XMB, which sees use on the PSP, PS3, DVRs and TVs, don’t expect any earth shattering changes anytime soon. "We haven’t had many navigation complaints about the XMB interface, so the XMB will be a part of PlayStation products moving forward," Kohler said. "That doesn’t mean we’re closed off to changing certain parts of it – there are areas in which we can certainly improve, and we look to do so in the future."