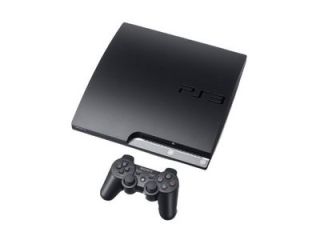 Recent FCC filings show that Sony may be working on another remodel of the PS3—the PS3 "Super Slim." Following in the tradition of the PS2 Slimline, Sony's reworking the PS3 despite the likely announcement and launch of the company's next-gen console, codenamed Orbis.

The FCC filings are slim pickings, considering most of the documents are kept secret from the public. However, the documents do show a diagram of the new CECH-4000x series—we're currently in the 3000 series—that show where the FCC labels are to go on the console.

When Eurogamer spoke to Sony Worldwide Studios President Shuhei Yoshida about a possible new model for the PS3, he didn't give an exact answer, but he didn't exactly say no either:

“We haven't announced anything new on PS3 in terms of hardware revisions. We should never say never - hardware guys are always looking at ways to make things cheaper, smaller.”

If the new model is lighter, smaller, and cheaper, it's a great way to catch on a few more PS3 adopters at the end of the console's life cycle, just as Sony did with the PS2.

You can see the FCC filings for yourself here.