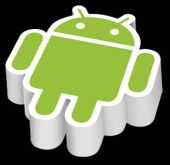 Tuesday Microsoft revealed that it signed a joint patent agreement with HTC Corp. which will provide the latter company "broad coverage under Microsoft's patent portfolio." The deal is geared specifically towards Android-based phones provided by HTC, and neither party has released any additional details regarding the pact. However HTC will pay royalties to Microsoft for each phone shipped with the Android OS based on claims that Microsoft's patents intersect the Android platform.

"HTC and Microsoft have a long history of technical and commercial collaboration, and today’s agreement is an example of how industry leaders can reach commercial arrangements that address intellectual property," said Horacio Gutierrez, corporate vice president and deputy general counsel of Intellectual Property and Licensing at Microsoft. "We are pleased to continue our collaboration with HTC."

Microsoft has indicated that the Android OS uses Microsoft's technology for the core architecture and user interface, and thus demanded the patent agreement with HTC. Apple has taken another route, dragging HTC into court and suing the mobile phone manufacturer over hardware and software patents. As the Wall Street Journal points out, both situations "bring into question how vulnerable Android's platform is to potential disputes over IPs."

The Associated Press paints a prettier picture in regards to the Microsoft-HTC deal, reporting that the Redmond-based company seems to be taking HTC's side in its legal battle with Apple. Could it be that Microsoft is offering a "financial blanket of security?" Or is Microsoft simply grabbing its take in the whole Android IP infringement controversy?

It may be the latter. There's a clear indication that both Microsoft and Apple could go after other handset manufacturers who are shipping products with the Android OS including Samsung, LG, Motorola and more.