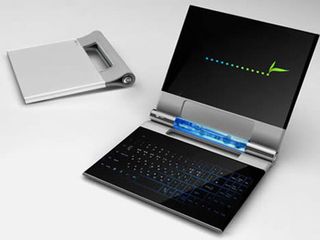 Nokia may be working on several additional products for Microsoft outside Windows Phone 7, one being a dual-screen device capable of rendering 3D images and a Windows 8 tablet. Both devices are unconfirmed, but the dual-screen device has actually shown up in a patent application called "Autostereoscopic Rendering and Display Apparatus" published on April 21.

Based on the image, it appears that one screen will render the 3D image and the other screen will render 2D imagery like shadows and reflections which changes as the eye level changes. There's no indication that the user will need special glasses for this holographic effect to work-- we're betting Nokia is planning to use the same tech found on Nintendo's new 3DS platform (or a better version).

As for the Windows 8 tablet, that should be expected given Nokia's recent marriage with Microsoft. The news arrives as a mere rumor from Eldar Murtazin who claims that Nokia is churning out at least one Windows 8 tablet slated for 2012 or 2013 at the latest. There's also talk that Nokia will still release Symbian-based devices in 2012 while creating Windows Phone 7 phones for Microsoft, possibly between five to seven mid-to-high end devices. Maemo 6 is a "dead horse," with only 92000 units produced.