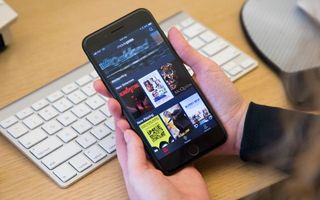 MoviePass was not a good service.

I say this as a former subscriber who was lured in by the tantalizing offer of unlimited movies for just $8.95 a month. Ticket prices in New York City, where I lived at the time, were $16 a pop. MoviePass was too good a deal to pass up. The freedom to walk into a theater, swipe a debit card and get a ticket to the newest movie without spending any of my own money (aside from the subscription) was so freeing.

Until it wasn’t. As we all expected from the beginning, MoviePass was too good to be true. And now it is shutting down, Business Insider reported Friday (Sept.13), effective Sept. 14.

In the heady months after its launch, MoviePass's parent company, Helios and Matheson Analytics, realized it was burning through money more quickly than expected. The service was, understandably, quite popular, and MoviePass still had to pay the movie theater chains full price for every ticket purchased on the service. So the company moved to limit which movies you could see and what days you could see them on, then introduced a peak pricing model that added surcharges for popular movies at high-traffic times.

MoviePass raised prices, lowered prices, and changed its subscription plans several times over in the two years since it took moviegoers by surprise with its incredible deal. It’s no surprise that subscribers jumped ship, fed up with the service’s endless shenanigans. The number of MoviePass customers dropped from almost 3 million at its peak popularity to 225,000 in April, according to CNBC. I myself quit early on, after I had to pay a Peak Pricing fee on the same ticket for the same movie that my husband (also a MoviePass subscriber) had a ticket for — and he didn't have to pay a fee. I was fed up.

But despite the fact that MoviePass was a poorly run company with no viable business model, it forced movie theater chains to finally become competitive. Companies like AMC and Alamo Drafthouse introduced their own subscription plans, which aren’t as generous as $8.95 a month for unlimited movies, but aren’t far off. AMC’s Stubs program, for instance, offers three tiers, including a the $25-a-month A-List program that lets subscribers see three movies a week. That’s a great deal for devoted film buffs. Alamo Drafthouse’s Season Pass is still in beta, but for $20 a month early testers can see a movie a day and reserve seats in advance.

We’ve become used to paying for subscriptions to use the services we love, whether it’s streaming Netflix, working out with Peloton or free shipping with Amazon Prime. MoviePass translated that into film-going, and forced movie theater chains to take note. The company was a dumpster fire, but the idea was solid.

Once Alamo Drafthouse expands its Season Pass program, I’ll be set. And I’ll have MoviePass (partly) to thank.