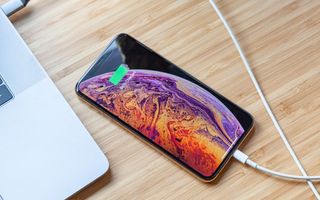 A new investigation into the radiofrequency radiation levels popular smartphones give off has put some smartphone makers on the defensive.

The Chicago Tribune and a team of scientists conducted studies on a variety of iPhones and Samsung Galaxy devices, including the iPhones 7, 8, 8 Plus, and X, as well as a the Galaxy S8, S9, and J3. In the testing, which also included phones from Motorola and BLU, the scientists examined whether the phones were emitting more radiofrequency radiation than allowed by Federal Communications Commission (FCC) guidelines.

Radiofrequency radiation is a type of low-energy radiation that's given off by electronic devices such as radios, TVs and microwave ovens in addition to smartphones.

The FCC guidelines are used to measure safety with a ratio called the specific absorption rate (SAR). According to the guidelines, any phone that has an absorption rate of 1.6 watts per kilogram of human tissue is considered unsafe.

It's worth noting, however, that the FCC has made clear that even at 1.6 watts, that absorption rate won't cause any harmful health effects.

Still, the SAR matters. And in the testing, the Chicago Tribune scientists found that the iPhone 7 performed among the worst in the roundup, with absorption rates that in some cases were up to two times greater than the FCC's SAR guideline level.

It was a similar story for Samsung's Galaxy phones, which also saw absorption rates higher than the standard. The Galaxy S8 had a whopping 8.22W/kg reading, according to the testers.

But before anyone panics, there are some pretty major caveats in this testing. For one, even the Chicago Tribune acknowledged that the testing was a "worst-case scenario" and the same radiation levels likely wouldn't happen in real life. Moreover, the FCC said that the testing information it gets from manufacturers is more comprehensive and therefore probably more accurate.

According to AppleInsider, which spoke to an Apple spokesperson on the matter, the company believes the Tribune's testing is "inaccurate due to the test setup not being in accordance with procedures necessary to properly assess the iPhone models."

The company added that it's confident it's in compliance with standards.

Of course, the word "radiation" is bound to spark concern. High doses of radiofrequency radiation can have harmful effects, which is why the FCC guidelines are in place.

The FCC said that it takes all matters related to radiation and its policies seriously. The agency said it will investigate the findings in the coming months to determine whether initial radiation exposure levels are indeed accurate.