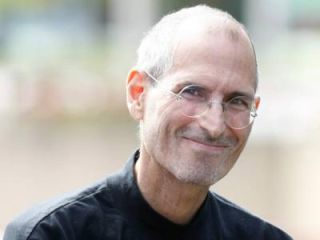 Musician Jon Bon Jovi has taken a personal shot at Steve Jobs, accusing the Apple co-founder of killing the music industry with the launch of iTunes.

As the lead singer of one of the 80s' biggest hair bands, Jon Bon Jovi's voice brought millions to the band with "You Give Love a Bad Name" and "Wanted Dead or Alive." But now his voice echoes previous comments made by other musicians, record companies and retailers who have taken a blow to the wallet thanks to the decline of physical CD sales, whether it's related to piracy or the shift over to digital distribution.

In an interview with The Sunday Times Magazine, he admitted that he's saddened that the "magical" experience of buying records and discs is fading away due to the shift away from physical media. Some music lover may agree, those that love the smell of a new, just-opened CD while flipping through every page of its insert again and again. With a disc, the consumer has a physical connection with the artist-- digital downloads offer nothing but sounds and virtual pages.

"Kids today have missed the whole experience of putting the headphones on, turning it up to 10, holding the jacket, closing their eyes and getting lost in an album; and the beauty of taking your allowance money and making a decision based on the jacket, not knowing what the record sounded like, and looking at a couple of still pictures and imagining it," he told the magazine.

While that may be true, consumers are now better equipped to make informed decisions when purchasing an album thanks to the digital medium and online distributors like iTunes. Gone are the days of dumping over ten bucks on a disc that features only one good song. Gone are the days when scratched CDs skipped or, if you're from the 80s or 90s, the cassette player eats up your favorite Bon Jovi tape.

So is Steve Jobs responsible for killing the music industry? No, but he encouraged change. Jon Bon Jovi apparently doesn't see it that way. "God, it was a magical, magical time," he added, looking back. "I hate to sound like an old man now, but I am, and you mark my words, in a generation from now people are going to say: 'What happened?' Steve Jobs is personally responsible for killing the music business."

Actually, the next generation will probably look back at CDs and DVDs the same way we are currently looking back at silent films and needle-based turn-tables. Man that's ancient!