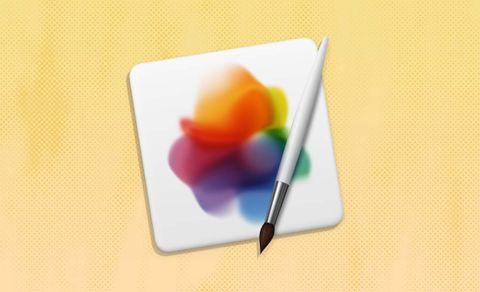 Pixelmator, the Mac-only image editor, has long been an alternative to Adobe Photoshop for nonprofessional hobbyists, as well as prosumers who do not need all of Photoshop's high-level features — and don't want the learning curve or price tag that accompany them.

Pixelmator Pro, Pixelmator's advanced new sibling, is still a bargain at $60, but it features an overhauled interface, which uses advanced Mac tech and machine learning to make functions such as layer management, layouts, selections, painting, image repair and raw imaging faster and more intuitive. For seasoned hobbyists, enthusiasts and independent pros who need only a limited portion of Photoshop's features, Pixelmator Pro is worth a shot.

With a new zoom engine, you can not only zoom and scroll through large images with no lag time, but also clearly display images at various zoom levels. This feature can even automatically center images in the window for easier navigation. The app plays nicely with Photoshop's layered files and supports multiple raw layers, Apple's new HEIF photo format, iCloud, full screen and split view, versions, tabs, and the MacBook Pro Touch Bar.

Pixelmator Pro's overhauled interface is unquestionably attractive and streamlined, but overall, I found it to be somewhat unfriendly. The standard Pixelmator's windows scatter floating toolbars all over the screen, while the new Pro version has everything neatly packed into an application frame. That definitely works. What doesn't work is that you can't adjust the interface, and that lack of flexibility left me squinting.

The app's gray/white-on-dark background is fine for some ambient lighting, but often, I could not discern the app's tiny interface text. Measurements and document specs were hard to read, especially on a high-resolution monitor. Unfortunately, there's no way to increase the text size within the app.

That same interface style also made selecting tools more difficult than it is in the standard version, which features brightly colored icons. Monochrome is less distracting — Apple is particularly fond of it — but because interface elements can't be resized, the subtlety of the program's streamlined design often morphed into illegibility.

While the program does function in an application frame, certain palettes like Color, Fonts, Shapes and Gradients, still break out into separate floating windows that can't be docked into the frame. You're still left with scattered windows — just fewer of them.

Pixelmator's design is clean but animated, so as you navigate around the tool palette, the sleek-looking defining text appears and disappears as you move your mouse. I found this feature distracting. Moving the cursor at the edge of the window is the best way to keep the tool text legible. That said, the tools within each module are nicely laid out, with no distracting ornamentation.

You can't pick up an image editor these days without hearing about artificial intelligence. Adobe has gone full-on AI with its Sensei technology, and Pixelmator Pro uses Apple's Core ML framework to integrate machine learning into the app.

Machine learning in Pixelmator Pro drives context-sensitive removal of objects from images, with precise selections that make it seem that the system perceives and understands foreground and background. Removing items from images often seems genuinely miraculous, with the program effectively seeing behind removed objects, leaving an artifact-free scene. Some images were harder to fix than others, and sometimes they contained unsightly artifacts, but overall, I was impressed with the accuracy and completeness of the Repair tool.

Pixelmator automatically names layers by recognizing the content of the images and naming them accordingly, saving you the trouble of having to do so yourself. This is a huge time-saver. The automatic names given to JPEG and GIF layers were surprisingly accurate, but you can change those default names if you want to. Raw layers are not specifically named.

The Auto Select feature in Pixelmator Pro's Layers tool is a joy and saves you from much clicking and selecting in a layers panel. Just click on any part of a multilayered image, and the layer the object resides on gets automatically selected. The Arrange Tool automatically detects the selected layer, offering options like resizing, positioning and rotating. You can dynamically resize layered images, while the Move Back/Front slider lets you flip layer position relative to other layers. However, the app does not have adjustment layers, which means that you will have to duplicate layers to apply routine levels and curves, color, and temperature adjustments.

Machine learning also allows Pixelmator Pro to detect the horizon or other lines, so you can automatically straighten your image with a click.

Pixelmator Pro's painting engine delivers fluid, organic strokes, aided by a collection of brushes with dual textures, advanced brush dynamics and what the company calls "Dynamic Paint Blending technology." The painting experience is smooth: Strokes from pencils, crayons, pens, inks, oil and watercolor paints, and sprays lay down easily, with no lag time at all.

You can save your favorite brushes and quickly switch between them as you paint. Slide adjustments let you tweak each brush to change grain, shape, stroke, dynamics, scatter and pressure, so you can fashion a unique tool. The Pixel tool gives you a square brush from 1 to 500 pixels in size, something you always wind up needing for both photos and paintings. However, I was unable to import Photoshop brushes into the program.

A magnifying color picker, which works with the Mac's native color picker, lets you select specific colors from your images. You can even use this tool as you paint; just hold down the Option key and click any color in your image. Using the Color Fill Tool, you can quickly fill similarly colored areas, or even entire layers with a chosen color.

The Quick Selection tool uses machine learning to help you accurately choose discrete objects in your image. The feature includes direction awareness, smart borders and advanced edge detection. You can see and direct the selection with mouse or pen, while a color splash gives you a preview of what the tool is selecting.

Sometimes, the color splash got a little out of control, making some delicate selections awkward, but overall, selections were accurate, even when foreground and background colors were similar.

A plethora of color adjustments, effects and presets can be combined into a unique recipe that you can use on multiple photos. You can even share original presets with other users by dragging your creations to the desktop and emailing them.

For the most part, the app's performance was swift, smooth, responsive and stable, even on raw images. With some functions, like quick selections, performance was so swift that it was occasionally hard to control. I had to carefully moderate the brush size and move the cursor slowly so as not to select more than I intended. The function performed with equal accuracy, regardless of whether I used a mouse or a Wacom pen tablet.

When zooming in on a photo, using the painting tools or switching elements on a layout, I rarely encountered performance issues. One thing I noticed was that sometimes it took from 20 to 40 seconds for my MacBook Air (mid-2013) to open an Apple Photos palette of images so I could pick one for edit. Sometimes, the wait was shorter — generally after the first search — but I always saw the dreaded spinning pinwheel for that function.

Pixelmator offers an abundance of options and sizes for standardized canvases: U.S. and International paper, Photo, Web Social, Film & Video, and Iconography. However, in order to set a custom-size document, you need to adjust a specific canvas dimension, instead of just creating an original-size canvas at the outset. For custom sizes, it's easy to select the default document and enter the proper dimensions. The zoom feature was a bit inflexible, in that you could choose only preset zoom levels instead of punching in your own.

Pixelmator Pro is a deep, rich application with tons of polished features that are sure to boost its competitiveness as an advanced image editor. Still, Photoshop Elements remains our favorite photo editor for under $100; it's compatible with both Macs and PCs and is good for both novices and advanced photographers. Pixelmator Pro's tailored feature set — with its emphasis on major photo-editing features and painting, typographic and graphical smarts — still needs to work through some kinks, but this version shines in its own creative realm, with promises of more improvements to come.