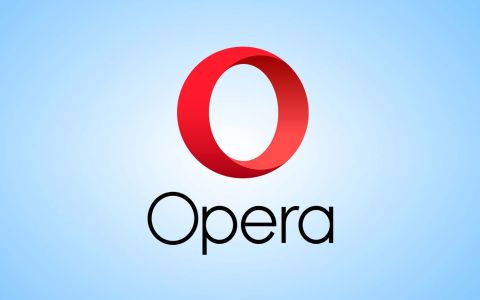 Opera's browser VPN has poor network performance. We can't recommend it except to stream Netflix from overseas.

If you want a nearly invisible, VPN-like connection, you might be tempted to try the Opera web browser's built-in service. It doesn't require extra software or even an account, it delivers unlimited data and it's pretty good at streaming Netflix from overseas.

But in our most recent tests, it delivered the worst performance of any free VPN-like service we've ever seen, far below the results from similar tests conducted on the same service a bit more than a year ago.

Even though the Opera browser VPN is completely unlimited and completely free, we can't recommend it except for use as a video-streaming proxy service, because its network performance is simply awful. Even ProtonVPN's deliberately slowed, but also unlimited free service is faster. For a much speedier free VPN service, albeit one with a 10GB monthly data cap, try Windscribe, which we consider the best free VPN service.

The Truth About Free VPN Services

We generally don't recommend completely free VPN services, because too many of them borrow your bandwidth, inject ads into displayed websites or sell user browsing histories. (Opera does at least the last of those, as detailed in the service's privacy statement.)

It's better to use the free plans that paid VPN companies offer as samples of their services. Most of these plans limit your data usage or network speed; Opera's browser VPN does neither, but it's not really a VPN (explained below) and its network performance has become far worse than even the throttled speeds of some other service's.

MORE: Free vs. Paid VPNs: Which Should You Choose?

Because this service doesn't protect anything but the Opera browser's data, it's not feasible to use the built-in VPN-like service as a full-time home VPN solution. For that, we recommend a fast, unlimited, paid service such as Private Internet Access or Windscribe.

What You Get for Free

The Opera "VPN" is technically a secure proxy service. It encrypts only the Opera browser's traffic and routes it through a server operated by Canadian VPN provider SurfEasy. Opera won't protect other web browsers or stand-alone email clients. A true VPN would encrypt every piece of internet data going to and from a device, no matter the application handling the data.

Opera's browser VPN service was originally for desktops and laptops only, but in March 2019, the Opera browser for Android added the same secure-proxy capabilities. The free Opera VPN mobile apps (which used real VPN servers) were shut down in April 2018 following SurfEasy's acquisition by antivirus giant Symantec. (The Norwegian company behind the Opera web browser now specializes in advertising.)

To get securely online, open the Opera browser, click the Opera logo at the top left of the browser window, select Settings and then Privacy & Security, and finally check the Enable VPN box. A few seconds after that, the VPN logo will change to blue to show it is secure, and the interface will show the current IP address and how much data has been transferred.

The Opera browser VPN lets you choose from among only three server locations, vaguely labeled as Americas, Asia and Europe. (In 2017, you could select among servers in Canada, Germany, the Netherlands, Singapore and the U.S., and speeds were much faster.)

We tried watching BBC iPlayer when connected to Europe but were blocked from streaming video. However, when we tried watching Netflix using OperaVPN, the results were much better. We were consistently able to connect and stream video, whether connected to "Europe," "Americas" or "Asia."

"Star Trek: Discovery," which is exclusive to CBS All Access in the United States, but is on Netflix in most of the rest of the world, was viewable from all three virtual locations. "Doctor Who," for which Netflix has the rights in only some countries, and not the U.S., was viewable from "Europe" and "Americas" but not from "Asia."

We couldn't tell exactly which country we were connected to in each instance. Google Search seemed to think were in Ukraine, but an IP address locator put "Europe" in Sweden, "Asia" in Singapore and "Americas" in Virginia. The latter doesn't quite explain how we were able to stream either "Star Trek: Discovery" or "Doctor Who."

Despite the vagueness about the location, OperaVPN's Netflix connection rate was much better than those of many paid VPN services. Netflix actively hunts down and blocks proxy services and VPN services, and getting a stream varies wildly among services, countries and even times of day. The fact that we were consistently able to connect was remarkable, although the results might be different on a different day.

Caveat: Using a VPN or a proxy service to stream content you're not supposed to be able to access in your location violates all sorts of terms of service, and possibly even some laws, and any streaming service could terminate your account as a result. Do this at your own risk.

Each service was tested three times using Ookla's Speedtest, and the service's connection times, network latency (i.e., delay), and upload and download speeds were averaged. Because network speeds can vary, we took baseline measurements of each parameter before each service was tested, and average results were compared to the baselines.

Results from our performance testing of the Opera browser VPN started out well, with a connection time of 4.3 seconds, which is relatively quick compared to some other free VPNs. Streaming music and video over the Opera VPN connection worked well, and the ping time, or network latency, was acceptable, at 2.5 times pre-VPN speeds.

On the other hand, the Opera browser VPN yielded an average download rate of only 5.9 megabits per second (Mbps), a 97 percent drop from pre-VPN testing. The service could upload data at an average rate of 2.8 Mbps, down 92 percent from the baseline.

This was the worst performance of the nine free VPN services we examined. It was also a steep drop from similar tests of the Opera browser VPN done in the winter of 2017, in which the service's download speeds were only 14 percent less than the baseline and it topped all other VPN services, free or paid.

To make sure our Opera results weren't an aberration, we ran them again several weeks later from a Midtown Manhattan office. The results were just as bad as before. The average download speed was 3.27 Mbps, 97 percent less than the baseline, and the upload speeds averaged out to 1.61 Mbps, more than 99 percent below the baseline.

MORE: How a VPN Can Boost Your Security and Privacy

Even ProtonVPN's unlimited free service, which is deliberately slowed to deter freeloaders, was faster than Opera in the original tests, causing a download-speed drop of 73 percent and an upload slowdown of 37 percent.

In raw numbers, ProtonVPN's bit rates were nearly 10 times Opera's, even though the background ISP speeds were nearly the same for the two service's tests.

While we love the Opera browser VPN's no-nonsense approach and operations, we can't recommend it for regular VPN usage when ProtonVPN's free, unlimited-data service is faster and provides all-encompassing VPN protection without privacy concerns. We can recommend OperaVPN, however, if you just want to stream Netflix from overseas and aren't particularly picky about where it comes from. And if you want a truly speedy free VPN service, there's always Windscribe.