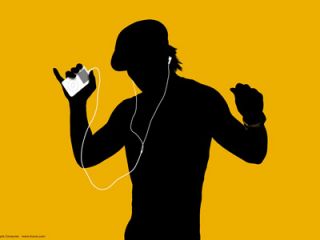 While it's just common sense to free yourself of distractions when you're in potentially dangerous situations, every now and then we hear about a tragedy that involves electronic gadgetry as a lethal distraction.

Although this story could have happened decades ago, with a Walkman instead of an iPod, it's still a tragedy with a simple reminder about not being too distracted by your gadgets, be it the volume of your music or poking at your phone while crossing the street.