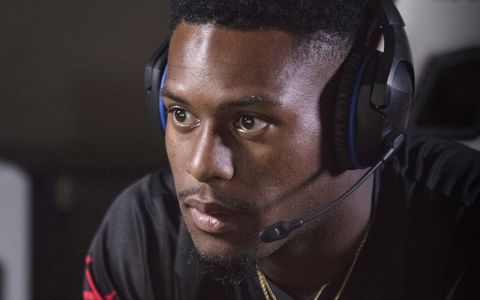 Pick up the HyperX Cloud Stinger Wireless if you want a no-nonsense $100 cordless gaming headset with good sound quality. Look elsewhere if you also need it to work with your phone and other handheld devices.

There are cheap wireless gaming headsets, and there are good wireless gaming headsets — as you can imagine, they don't always overlap. Enter HyperX, which has built a well-earned reputation for delivering quality gaming gear at competitive prices. The HyperX Cloud Stinger Wireless costs $100 and provides excellent sound for both gaming and music.

In fact, the Cloud Stinger Wireless nails just about every major selling point in a wireless gaming headset. It's easy to set up, intuitive to use and comfortable to wear. There's no convoluted software to deal with, and it works with both PCs and PS4.

At the same time, to deliver an inexpensive, high-quality product, HyperX had to make a few compromises. There's no 3.5mm audio jack, so forget about using it with your phone or your Nintendo Switch — and the mic isn't removable, so you wouldn't want to take it out of the house anyway. And the fit can be a little tight, particularly for folks with glasses.

Overall, though, the Cloud Stinger Wireless is a bargain, and it's an excellent example of what a company can do to cut costs without compromising anything that's vital to a headset's functionality.

The Cloud Stinger Wireless sports a conservative design: a black, plastic chassis with large, over-the-ear foam cups, and a padded headband with a notched, expandable steel bar underneath. On the left ear cup, there's a volume dial; on the right ear cup, there's a power button, a charging port and a flexible boom mic. The mic isn't retractable or removable, but it does automatically mute when you push it up, complete with a telltale click. There's also a wireless dongle that you can plug into a PC or PS4.

The Cloud Stinger Wireless isn't going to win any beauty contests, but it's a smart, solid design without any surprises. A retractable mic or removable mic would have been nice, as would a place to store the dongle, since the little attachment is just begging to get lost. Competitive gamers may also be bummed to learn that there's no separate dial to adjust the game volume or chat levels, but I found it didn't matter too much for single player or casual multiplayer games.

What's more disappointing is the lack of a 3.5mm audio jack. While the Cloud Stinger Wireless is by no means the only wireless headset to eschew the port, it still severely limits the device's compatibility. You can use it with a PC or a PS4, but that's about it. (I did also successfully get it to work with a docked Switch, but it won't work with an Xbox, mobile phone, undocked Switch, etc.) A 3.5mm jack would have driven up the cost, but it also means that if you want an everyday travel headset, you'll have to go out and buy another device.

The Cloud Stinger Wireless is lightweight, at 9.5 ounces, and it's easy to wear for hours at a time. The foam ear cups are supportive without getting too hot. It's also easy to find a good fit, thanks to distinct notches that are easy to adjust on purpose and hard to adjust by accident. The ear cups pressed down a bit harder while I was wearing glasses, but this would probably be an issue only if I wanted to wear the headset for more than a few hours at a time. If you wear glasses and routinely indulge in daylong gaming binges, be aware of that potential pitfall.

I handed off the headset to a coworker, who noted how light they felt. He also found the Cloud Stinger Wireless comfortable overall, although he echoed my sentiments that the microphone had the potential to get in the way when not in use.

HyperX advertises the Cloud Stinger Wireless primarily as a PS4 accessory, so I spent the bulk of my time testing it with that system. The headset provides rich, nuanced sound, and it does an excellent job of balancing music, voice work and sound effects. Whether I was listening in on a riveting conversation with Mary Jane in Spider-Man or taking down a fleet of enemy ships in Star Trek Online, the Cloud Stinger Wireless provided crisp and clear sound. The soundscape skews a bit on the treble side, but considering you're going to be using this headset primarily for gaming, that's not such a bad thing.

The Cloud Stinger Wireless features excellent connectivity at close range, although I found that the sound started to cut out at around 20 feet. Granted, I don't think most players are going to stray more than 10 feet from their gaming setups. But some wireless headsets can function from up to 30 feet away, so the Cloud Stinger Wireless is not quite as powerful as they come.

HyperX claims that the battery can last for up to 17 hours on a charge, but this is extremely difficult to measure. There's an LED indicator near the power button that flashes different colors depending on how much battery is remaining, but there's no way to get an exact percentage. My impression is that I drained about 25% of the battery after 4 hours of gaming, which is pretty much in line with what HyperX claims. The headset takes 2.5 hours to charge completely.

One thing I don't love about the Cloud Stinger Wireless is that it doesn't have any customization options. It lacks equalization levels, surround sound and software to build your own profiles. The default soundscape is fine, but it's all you're going to get.

MORE: 11 Cheap Gaming Headsets (Under $60) Ranked from Best to Worst

It's also worth mentioning that the mic is fine. The recording of my voice was intelligible, but there was some fuzziness around the edges. It's OK for everyday multiplayer, but I wouldn't entrust it with any kind of recording project.

The Cloud Stinger Wireless pleasantly surprised me when I used it for music. Every genre of music came through well-rounded and robust, from the bluegrass tunes of Old Crow Medicine Show to the choral grandeur of Handel's Messiah. As mentioned above, the headset definitely favors the treble end of things. But the bass still sounded clear, and the vocals didn't overwhelm the instrumentation. Because you can't use the Cloud Stinger Wireless with phones or other handheld devices, this headset can't replace your music headphones. But if you listen to music on your computer a lot, the Cloud Stinger Wireless holds its own pretty well.

There's no question that the Cloud Stinger Wireless leaves out a few handy features that we normally like to see in wireless gaming headsets. There's no 3.5mm jack, no chat mixer and no customization options. But depending on your gaming habits, you may not need any of that stuff — and if you don't, the Cloud Stinger Wireless still has great sound and a reasonably comfortable fit for a low price.

For $90, the Corsair HS70 offers similar performance and some customization options, but the soundscape is not quite as robust. On the other hand, if you're willing to dish out $150, check out the Logitech G533, which has better sound quality and full software compatibility. The Cloud Stinger Wireless provides a happy medium between the two — and providing happy mediums seems to be a big part of HyperX's design strategy.