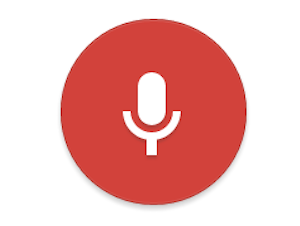 Google has released an extension for its Chrome browser called “Google Voice Search Hotword” that will let you search the Internet via speech from Google's site. By saying “OK Google,” and then your search term or phrase, the site will do a search for you. If you ask a specific question, such as converting measurements, Google’s voice assistant will respond.

The demo video shows a series of searches based on cooking: “OK Google, compare olive oil and butter,” “OK Google, what is 5 tablespoons in ounces,” and “OK Google, remind me to buy olive oil on Sunday afternoon.” That last command creates a reminder in Google Now, the company’s virtual assistant program for Android and iOS devices.

The feature can even do mathematical operations, such as "equals 136 divided by 12." (Just remember to start the search with "equals" and speak fairly quickly, so it doesn't start searching until you have finished the entire phrase.)

Hotword will work in the Chrome browser apps for Windows and Macs, on desktops and laptops alike, as long as you have a microphone.

The beta extension can be downloaded at the Chrome Web store.