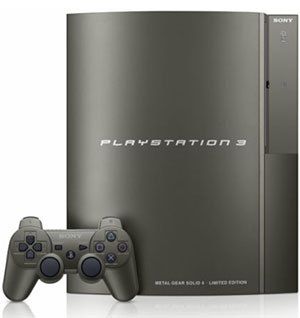 A few weeks back, Sony announced that the next PSP update would include Google searching. While it was well received by fans, the general consensus was also that this was a relatively small announcement and many gamers were a little disappointed that there wasn’t much else worth mentioning going on with the update. Aside from that, a lot of the comments on that particular blog post were centred around the next update for the PS3 and whether or not users would get the in-game XMB feature they all wanted so desperately.

Well, they’ll be happy to know that it’s on the way along with a couple of other nifty features. In-game XMB has been a long awaited feature for PS3 users and will allow gamers to check messages from their friends and check friend requests without interrupting game play. Some games will also allow custom soundtracks, which will allow you to turn down the game sound and then play your own songs during the game.

Another feature is Trophies, a little something that gamers might recognize from the Xbox. Trophies is a similar concept to the Xbox 360’s Achievments. These are awards you get for playing games and they are, of course, on show for all your friends to see.

The update will also include the Google Search tool that Sony announced for the 4.0 update for the PSP.

Click here to watch the walk-through videos of the PS3 updates.