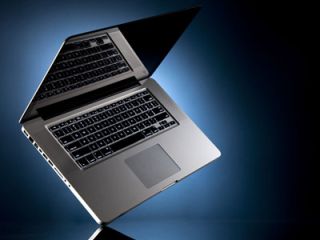 The folks at NASA are pretty busy these days, what with all the attention that arsenic-loving microbe is receiving. However, it seems someone at the space agency slipped up and neglected a very important duty.

The BBC reports that an internal NASA investigation has found 10 instances where shuttle PCs were sold despite the fact that they still contained sensitive data. In some cases the computers were not being tested to ensure they had been wiped. In others, investigators found that some PCs had failed those wipe verification tests but were put up for sale anyway. Aside from the 10 cases of PCs already sold, NASA's investigation found that four more computers containing sensitive data were about to be sold.

Alright, so the data was sensitive, but just how bad could this be for NASA? Well, we don't really know at the moment. According to the Beeb, NASA says it's impossible to know how what data was left on the computers. That said, the Space Agency says that examination of similar equipment "raises serious concerns." Example: investigators found that four PCs being prepared for sale at the Kennedy Space Center contained data subject to export control by the International Traffic in Arms Regulations.

The computers were being sold from four different centers (Kennedy and Johnson Space Centers, and Ames and Langley Research Center) as part of NASA's preparations to conclude its space shuttle operations.

Read more on the BBC.