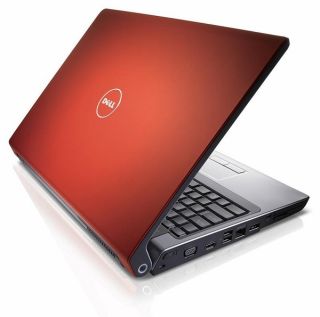 Analyst Opinion - Before the introduction of Dell’s Studio Laptops, you really had only two choices when you were looking for a new PC. You could choose Apple and get a really good user experience, but take it in the shorts with regard to application selection, hardware choice and gaming. Or you could go the Windows route and sacrifice user experience, but get access to all the other stuff. The business market went solidly down the latter path, but around a third of the consumer market preferred the Apple route and currently this group is adding significantly to its ranks. Can Dell change the game?

Dell attempts to provide an alternative that comes close to giving a buyer the best of both worlds and the result is something that is kind of a blend of Windows, OSX, and gOS (Linux).

Adding to the Windows UI what Microsoft should have done

Back in the early 90s, Microsoft created a software interface called Bob. It was designed to get people who were afraid of computers more comfortable with them and, in Microsoft’s mind, it represented the next big user interface change. Unfortunately, the technology needed to make the interface work acceptably was still decades away and the result was a product that was incredibly embarrassing for the company. In fact, it was so embarrassing it seemed to scare anyone in the company away from making any high risk bets on future OS changes.

As we moved into the second half of the 90s, a number of vendors tried to provide Windows shells to dramatically update the user interface, but they caused significant support problems (Packard Bell was one of the vendors trying this and that company had lots of issues at the time.) Microsoft tried to keep OEMs from making moves in this area as well.

Apple later released OS X with an improved windowing system that was hardly revolutionary and, initially, Apple lost market share. That meant no one was particularly interested in revisiting this topic until recently. After Apple had released Tiger, the company’s share started to grow. Then Apple launched the iPhone with a brand new interface and suddenly a lot of folks, including Microsoft, are interested in looking at the UI again.

HP was most aggressive in this area with its initial TouchSmart product, but while it was widely liked, it didn’t sell well and the company just released their second generation, which is vastly improved and uses a unique touch interface that has some limited multi-touch capability. Dell is going in a somewhat different direction.

While those who use a Mac probably see the Dell Dock as a direct copy of a feature of MacOS, it is actually more of a copy of a gOS feature that uses more of a folder approach to the master icons in the icon tray. On a Mac, icons launch specific applications, while with gOS and now the Dell Dock they launch containers which hold applications grouped by subject. It is an interesting way to limit the number of icons in the bar, but if you only have one application in the folder it will prompt you to skip the intermediate step it will work just like the Apple dock does. There is no bouncing animation and I kind of miss that. But otherwise, it simplifies day to day access and cleans up the desktop significantly.

The death and rebirth of PC colors

One of the other things Apple tried soon after Steve Jobs returned to the company was to offer more colors for its computers. From my perspective, this was the first truly big move to make PCs "personal" and up until recently only the custom paint shops and gaming PC companies have gone further. The problem was that inventories became a nightmare because retailers could not figure out which colors to stock and were often out of the most popular colors and left with a lot of the unpopular ones.

This became unprofitable for Apple and, with the exception of Sony who continued to offer colors in some lines, colors mostly went away until Dell brought them back with their Inspiron and XPS Laptop lines last year. These systems were only offered through Dell Direct to keep control of the inventory.

But Dell is in retail now. To solve the problem here, the company had to bet a little creative. This new Studio Line comes in eight colors with three versions of silver providing a total of eleven choices before you factor in the display size and type, memory, operating system, and graphics. Many of the retailers will stock one or two of these in stores, but some will provide the ability to order any of the others and have it delivered to the buyer or to the store within a week (often within 24 hours). The retailers seem to like this, because they can now have the choices but avoid the inventory. The question is whether the buyers will go for this. I believe this will work, but now it’s up to the market but colors are old school Apple and that makes this move particularly interesting.

Dell and HP aren’t the only ones thinking about how to dramatically improve the user experience on PCs. What really got folks moving on this were the PC vs. Mac ads, which were a constant slap in PC OEMs’ and Microsoft’s faces driving the needed changes to make broad improvements. So it may be somewhat ironic that Apple may have finally motivated its competitors to step up their competitive efforts on the user experience. The result is already looking very good.

We are only seeing the beginning of a much needed change in the Windows user experience. It is moving beyond the PC into on-line services: The combination of the two should result in not only more personal PC lines, but a dramatically improved customer experience over time.

Now that’s a direction that I’m sure we all can agree on: I has been overdue for a long time.