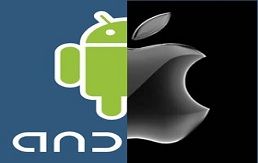 There Can Be Only One...

The fourth generation iPhone, or iPhone 4, became available to the first pre-order customers last week amid much fanfare and applause. Many consider the device to be the latest smartphone to beat, thanks to a brilliant display, multitasking capabilities and overall improvement over the iPhone 3GS.

Whether or not the iPhone is the supreme specimen in the smartphone kingdom remains to be seen (and debated by our readers, no doubt), but Verizon will soon launch two new devices that should give smartphone aficionados some pause when looking for a new device. The Droid 2 and Droid X will both launch on Verizon within the next few weeks, and both phones bring a lot to the table.

The Droid 2 and the Droid both represent the best of what Android has to offer (as does the EVO 4G, but that’s a different story). That said, both phones offer different enough experiences to warrant their simultaneous release on the same carrier. Let’s take a closer look at each, followed by a spec-by-spec comparison to the iPhone 4.