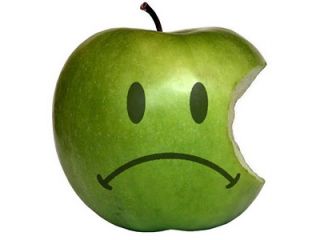 Mike Daisey's one man show "The Agony and the Ecstasy of Steve Jobs" caused a national sensation when public radio's This American Life aired excerpts in January 2012. Supposedly based on Daisey's actual experiences in China, in the show he tells of having traveled to China, where he met employees of Apple contractor Foxconn who described for him the terrible conditions under which they worked. This included not only absolutely terrible hours and benefits, but even the shocking allegation that some of them had been poisoned by Hexane. The stories in Daisey's show dovetailed nicely with previous compaints about workplace conditions in Apple's overseas operations; Foxconn has long been the subject of fierce criticism. But as they gave names, ages and a voice to the otherwise anonymous workers, they struck a particular nerve, directly causing an explosion in criticism of Apple's practices.

There's just one problem: Daisey made a lot of it up. As it turns out, Daisey didn't even meet any poisoned workers, and guessed at the ages of the people he did meet. That unsettling fact came to light last week when a correspondent for another public radio program, Marketplace, actually managed to track down his interpreter, who confirmed that much of what is said in 'The Agony and the Ecstasy of Steve Jobs" simply didn't happen. Daisey managed to conceal this when he appeared on This American Life, thanks to the 'Girlfriend in Canada' trick: when This American Life originally tried to fact check his show, Daisey claimed he no longer knew how to contact his interpreter.

In the wake of the admission, This American Life has retracted the episode. When discussing that action, host Ira Glass admits that after Daisey failed to provide contact information for his interpreter, "we should've killed the story. But other things Daisey told us about Apple's operations in China checked out, and we saw no reason to doubt him. For his part, while Daisy admitted the fabrications, he also defended them. A statement posted to his website insists that the show "uses a combination of fact, memoir, and dramatic license to tell its story, and I believe it does so with integrity". Perhaps he believes so, but it probably would have been appropriate for him to make it clear that he was employing a technique like dramatic license sooner. You know, to avoid that whole "impression he was lying thing".

In the aftermath of these revelations, the New York Times altered an op/ed by Daisy, and the AP has begun a review of their previous coverage of his claims, but the most significant impact might be felt on the effort to reform labor conditions overseas. With this scandal, Daisey joins the hallowed ranks of previous publicly-humiliated memoir fabricators like James Frey. However, unlike Frey, whose awful book eventually discredited only his own writing career, Daisey has managed to call into doubt efforts to battle labor persecution abroad. On the other hand" He will at least avoid a public shaming from Oprah.