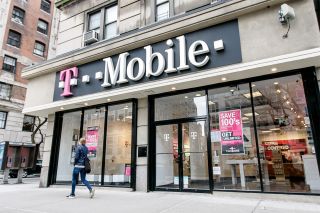 The wireless industry could change dramatically in the coming days.

Sprint and T-Mobile have cleared some hurdles in their negotiations and could announce plans to merge as early as next week, Reuters is reporting. The sides reportedly need to come to an agreement on a few more sticking points, including how they would own voting rights on the shareholder level. T-Mobile parent company Deutsche Telekom is also trying to finalize its debt plans to finalize the deal, according to the report.

A subsequent report today (April 27) from CNBC says the proposed deal, valued at $26 billion, is likely to be announced by Sunday. Regulators would still need to sign off on the merger, though.

A merger between Sprint and T-Mobile wouldn't be all that surprising. While T-Mobile has done well as the industry's "Un-Carrier," doing things that the larger carriers do not, it's yet to break into the top two firmly controlled by AT&T and Verizon. Sprint, meanwhile, has been floundering with no signs of catching up.

By combining the two companies in one, Sprint and T-Mobile could be far more effective in the broader wireless industry. A merger between the companies would create a carrier network with more than 127 million customers. It would also make it easier for the companies to double down on 5G networks and catch up to AT&T and Verizon on that front.

Still, there are some hurdles. Sprint and T-Mobile are owned in large part by giant corporations in SoftBank and Deutsche Telekom, respectively. How well those companies will work together is anyone's guess. And if there's some turmoil in that relationship, that could directly impact the average customer.

It's also worth noting that the companies use two different network types to provide their services. So, while they could stand to increase their size and influence in the marketplace, there might not be as many cost-savings opportunities as they might hope.

Regardless, a merger between the two seems to make sense. AT&T and Verizon are dominating the U.S. wireless market, and despite some strong competition from T-Mobile, haven't really seen any impact on their subscriber numbers and bottom lines. By combining, T-Mobile and Sprint can make the marketplace a three-horse race and provide a far more compelling alternative to the incumbents.

For Verizon and AT&T customers, the move could also force the carriers to think twice about promotions and pricing. And that could ultimately translate to customers getting access to better and more attractive offers and network plans.

But before all that can happen, a deal actually needs to be in place. Sprint and T-Mobile reportedly had merger discussions in November before the talks ultimately fell apart. Now that they're back at the table, they once again need to sign a deal and clear all the regulatory hurdles that will decide whether a deal is approved. It's also unknown who would lead the combined companies, though John Legere, T-Mobile's current CEO, seems like a good fit.

For their parts, neither T-Mobile nor Sprint has commented on the report.

Editors' Note: Updated at 4:55 p.m. ET with another report on the merger's likelihood.