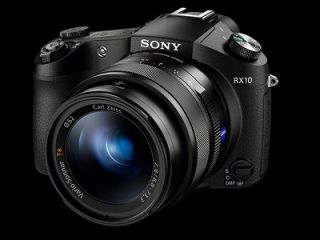 Over the years Sony has released dozens of Cybershot camera models, so what sets its latest RX10 apart from the rest of the bunch? The Cybershot RX10 utilizes a combination of a large lens and large sensor into a camera body that is equipped with almost every feature you could want from it. With a price tag of $1,300, the RX10 exceeds the price of a standard DSLR, so is the increased price really worth all those features?

The camera comes equipped with a 20.2 MPx 1-inch backside illuminated sensor, as well as a 24.200mm Optical Image Stabilization Lens with an aperture of f/2.8. This combination allows for unrivaled low light image capture, similar to the RX100 Mark II. The lens also allows for amazing macro shots at a minimum working distance of 3 cm away from the target.

The RX10 comes with Sony's new image processor: the Bionz X. Coupled with the processor is a new high speed ultrasonic focusing system, which allows for autofocus to be done continuously during 10fps burst fire shots, with the focal point being the eye of the target instead of just the face. On top of that, the camera takes it a step further by recording 1080p video at a full 60fps.

The camera promises many features, such as supporting 4K images off HDMI, having an electronically dampened zoom ring, and a manual aperture ring. In order to fulfill the desires of every camera man, the device also has dual stereo microphones, a headphone jack, an external microphone jack , a variable angle LCD, Wifi support, NFC support, and a long list of compatible accessories.  The weather-sealed body is built out of magnesium alloy, and the viewfinder consists of an XGA OLED.

Sony plans to bring out the RX10 online and in retail stores next month.