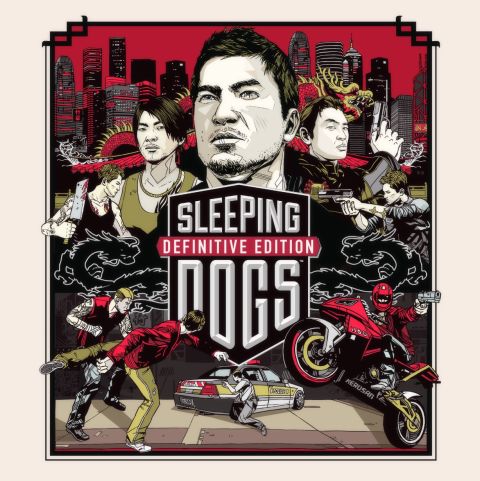 Sleeping Dogs: Definitive Edition is still a great game, but the asking price makes it a bit of a tough sell — at least on consoles.

Before you purchase Sleeping Dogs: Definitive Edition ($60 on PS4 and Xbox One; $30 on PC), ask yourself one question: "Did I already play this game when it first came out in 2012?" If so, skip it and content yourself with the pleasant memories you have of tramping around Hong Kong, engaging in shootouts, car chases and martial-arts brawls.

If your answer is no, then you have a more difficult decision on your hands. Provided that the premise of Sleeping Dogs appeals to you (play as an undercover policeman, explore an open-world Hong Kong and follow a hard-boiled story about cops and gangsters), it's time well spent, but that doesn't necessarily mean money well spent.

Had I reviewed Sleeping Dogs upon launch, my recommendation would have been simple: It's a great game, so go pick it up. A version that's optimized for next-gen consoles, sporting a complete collection of downloadable content (DLC) and better graphics may sound like a no-brainer, but the asking price makes it a bit of a tougher sell — at least on consoles.

In case you missed it the first time around, Sleeping Dogs is an open-world action/adventure game that debuted two years ago for the Xbox 360, PS3 and PC. Players take on the role of Wei Shen, a cop in Hong Kong who goes undercover to infiltrate the deadly Sun On Yee crime syndicate (based on the real Sun Yee On triad in China).

If you've played a game in this genre any time in the last decade or so, you'll know what to expect. Much like Grand Theft Auto, Saints Row or Watch Dogs, you'll divide your time between driving from place to place on a huge map, engaging in melee brawls and gunfights with rival gangsters and hunting down collectibles and side missions to improve your skills.

What sets Sleeping Dogs apart from many of its brethren is that, as the game is an homage to Hong Kong action films, you'll spend much more time using your fists and feet than your firearms. Wei's kung-fu skills require much more precision than simply mashing an attack button, and you'll need to become an expert at alternating light and heavy attacks, grappling, countering and making use of the game's so-brutal-you'll-smile environmental kills.

The combat is fun, but not nearly as tight as it could be. Counters often go awry, and Wei has a bad habit of moving too slowly, especially when surrounded by Hong Kong's most vicious criminals. Enemy blocking behavior is also extremely unpredictable: I often died to overwhelming odds, reloaded, and found the fight trivially easy.

What the combat lacks in polish, though, it makes up for with style. Seeing Wei perform a jump roundhouse kick into an enemy's head, sweep another foe's legs out from under him and toss a third into a vat of electric eels (something you can actually do) never gets old.

The gunplay, driving and mild stealth elements are all competent, but nothing to write home about. The cars handle well, especially in comparison to this year's Watch Dogs, but vehicular combat, while stylish, feels ungainly, requiring three shoulder buttons and two analog sticks at the same time. An uncooperative camera doesn't help matters much.

Here's the big sticking point: Sleeping Dogs: Definitive Edition comes with all the DLC for the game, which amounts to two substantial adventures (Nightmare in North Point and Year of the Snake) and a handful of clothing and missions. The DLC is fine, for the most part, but it doesn't make or break the original game — and you can still purchase that on last-gen systems and on PC. In terms of "new" gameplay features, there's nothing new.

After spending 15 years in San Francisco, undercover cop Wei Shen returns to his native Hong Kong, where the local police department offers him a unique opportunity. Wei agrees to go underground in order to bring the drug dealer who drove his younger sister to a lethal overdose to justice — if, of course, he can promise that he won't get too attached to the case.

What follows is a smart, action-packed story that would feel right at home in any Hong Kong crime film. If you guessed that the plot revolves around Wei becoming attached to his gangster contacts while trying to maintain his loyalty to Hong Kong's sometimes-shady police department, you guessed right. Still, the actual sequence of events is unpredictable, and pays homage to everything from John Woo to Francis Ford Coppola.

What really makes Sleeping Dogs shine is its cast of characters. Wei himself is a hothead with a personal stake in his mission, and it's often very hard to tell whether he's motivated by a sense of justice or a desire for revenge. The other characters who populate his story are all well-rounded and likable, even if they hew closely to traditional archetypes.

If you know your gangster films, his supporting cast won't surprise you: the young recruit who's too eager for his own good, the police chief who's not afraid to get his hands dirty, the long-suffering detective who just wants to do her job and the gangster with a surprisingly strong sense of family are all present and accounted for. Actress Emma Stone even makes an appearance, playing a character who is very much like Emma Stone.

If you haven't played Sleeping Dogs before, the graphics are the primary reason why you'd want to shell out extra money for a current-gen console version. The resolution is now a full 1080p, and a lot of the character models look sharper (the backgrounds are still about the same, which makes some cutscenes look a little incongruous), but the game still runs at 30 fps. This is disappointing, as 60 fps may have had a functional effect on gameplay in addition to aesthetics.

On the other hand, Sleeping Dogs was a good-looking game to begin with, and that much hasn't changed. Hong Kong is a vibrant city where every neighborhood looks drastically different (even if a lot of the street toughs and shopkeepers start to look the same after a while). The characters also look distinctive and respect the ethnic diversity of the city that they inhabit.

What's hard to avoid is that the graphical upgrade is the clearest advantage of buying the Definitive Edition, and it absolutely does not justify an extra $45 you’d spend over a $15 new copy of the last-gen game. Furthermore, PC users have always had access to higher resolutions and more detailed models, so this is not even a "new" feature, strictly speaking.

The original music in Sleeping Dogs is mostly forgettable, but it does have an excellent licensed soundtrack for its plentiful radio stations. You can take your pick between English and Cantonese radio stations, and whether you want classic rock, electronica or Chinese jazz, you're bound to find something cool to listen to as you cruise the streets.

Likewise, the voice acting is fantastic, albeit a little confused. Each character sounds believable and heartfelt, but the accents are all over the place. Residents of Hong Kong have a very distinct accent, but only about half of the characters in the game possess it. Wei Shen's American accent is understandable, but it's not clear why other characters, who have spent their whole lives in the Southeast Asian enclave, should speak like residents of California.

The fact that characters constantly switch between English and Cantonese also gives the game a touch of verisimilitude, but makes the game's teeny-tiny subtitles that much harder to excuse.

Sleeping Dogs was a great game in 2012, and it's still a great game today. As to whether the Definitive Edition adds anything, the answer is "not really." That it costs $60 on consoles is a bit of a slap in the face, as Square Enix seems to have known that PC gamers had great graphics and refined sound all along and couldn't justify charging them more than $30.

I don't have a single recommendation for Sleeping Dogs: Definitive Edition; I have three. If you have played the game already, ignore it. If not, and you have a gaming PC, buy it for $30. If you have a current-gen console, think carefully about whether you really want to spend $60 on a product that would cost half that much, DLC and all, on your Xbox 360 or PS3. That's price-gouging that would please the Sun On Yee.