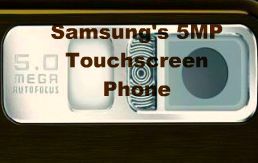 Who's the Target Audience?

The Samsung Behold is an aspiring smart-phone in search of an audience. It has done everything right—decked itself out with a big, beautiful camera, a responsive touch-screen, and 3G data service—so why isn’t it making waves and becoming a star like the iPhone, or even the G1 Android phone?

Because it’s just not good enough for the part, that’s why. A million features, done sloppily, don’t amount to much if they’re not well-designed and integrated. So, what kind of person would go for the Behold despite its lack of star quality?

For starters, he’d be a T-Mobile customer. The carrier is the smallest of the U.S.’s big four, with only about 18% of all mobile revenue and customers. That’s somewhat of a niche market to begin with. Nobody would switch to T-Mobile just for the chance to buy a Behold, since rather similar phones are available on Sprint (Instinct), Verizon (Omnia), and AT&T (Eternity).

Then, he’d have to be looking for a petite touch-screen phone, if he’d be willing to pass up the vaunted Google phone, also a T-Mobile exclusive. The Behold is quite a bit smaller and somewhat lighter than the Google phone. It is hard to argue that pricing would make a difference—with a contractual discount, the G1 is only $30 more than the Behold ($180 versus $150), and at the full retail price the two phones cost the same amount ($399).