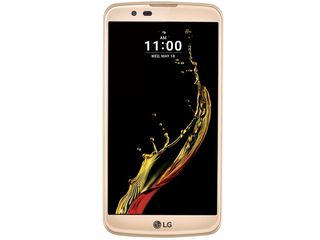 The LG K10 is a sub-$200 Android phone that runs on T-Mobile and other GSM-enabled carriers such as AT&T. Though we haven't tested this $175 handset, we can draw a number of conclusions based on an analysis of its specs, user reviews and evaluations from other publications.

Check out our Best Smartphones Overall and Best Unlocked Phones to see comprehensive lists of recommended phones that we have thoroughly tested and reviewed.

Who Is It For?

With a suggested price of $175 on T-Mobile (before any offers), the LG K10 targets price-sensitive consumers who want a midsize Android device that's noticeably better-equipped than bottom-of-the-barrel, sub-$100 phones like the Moto E, which have low-res screens and miniscule amounts of memory. The phone will not run on CDMA-enabled carriers such as Verizon and Sprint, but will work on T-Mobile, Boost, AT&T and other GSM-powered networks.

As of this writing, MetroPCS sells the phone to its subscribers for $79, while T-Mobile will credit you back the full cost, effectively making it free, if you stick with the carrier for 24 months.

LG's budget phone is powered by a 1.27-GHz Qualcomm Snapdragon 210 processor, though some international versions have the Snapdragon 410. This processor is more than powerful enough for everyday tasks such as surfing the web or snapping photos. However, its mere 1.5GB of RAM might affect your ability to multitask with a lot of apps or tabs open at once.

The K10 comes preloaded with Android 6.0.1 Marshmallow, which up until September, was the latest version of Google's mobile OS. The vast majority of phones are still on Marshmallow or below. Considering that this is a budget phone, we wouldn't count on LG to provide an update to Android 7 Nougat.

Because it's made by LG, the K10 has some of the company's specialty features, including Knock On, which wakes your phone from sleep when you tap on the screen, and Knock Code, which lets you set a passcode filled with these knocks. QuickMemo+ lets you draw or write memos on the screen, nearly anywhere in the OS.

The phone also comes with 16GB of internal storage memory and a microSD expansion slot, which allows you to pop in an inexpensive 32, 64 or 128GB card for storing more photos and music. However, apps live primarily on the internal memory, so a few large games could max out your memory.

The K10 comes with rather unimpressive cameras, touting an 8-megapixel rear shooter and 5-MP front-facing lens. In a market where most rear cameras are well over 10 MP, this is definitely a corner LG had to cut to reach this price.

For an inexpensive phone, the LG K10 has some premium design flourishes. The screen uses 2.5D glass to give it a curved aesthetic, where the glass seems to meld with the sides of the chassis. The lightweight chassis has a chrome or black color with an interesting mesh-plastic texture on the back. Most importantly, the back comes off, allowing you to swap out the default 2,200-mAh battery for a replacement, which costs between $20 and $35 on Amazon.

What Owners Say About the LG K10

Customers on T-Mobile's own website give the device mixed reviews. A number of people who bought the K10 complain that the camera takes poor pictures, while others cite as weaknesses its poor battery life and a screen that allegedly shatters too easily. However, many appreciate the affordable price.

The handful of Amazon users who reviewed the international and unlocked versions of the phone had more positive things to say, but they were also primarily impressed with the low price. You can get a dual-sim version that's made for international use for $165 on Amazon.com, but it has no warranty.

What Reviewers Say About the LG K10

Notebookcheck put the Snapdragon 410-enabled version of the K10 through its paces and found that, for the price, the device was more than adequate overall. The site found that the IPS panel measured a luminous 355 nits, which is respectable, but far behind the Honor 5X's mark of 521. However, the device also showed very deep blacks and a strong contrast ratio, though with a bit of a blue bias.

The K10's battery lasted just 7 hours and 33 minutes while I web surfed over Wi-Fi — significantly worse than the Honor 5X (10:43). Considering that surfing over 4G uses even more power, the battery life is probably even lower for people who are doing a lot of browsing.

Notebookcheck took several sample photos with the LG K10's 8-MP camera, and the results were blurry and pale.

If you're looking for one of the cheapest GSM phones on the market and are willing to compromise on camera quality, battery life, screen resolution and performance, the LG K10 is worth considering, particularly if you can get it for less than $100 or for free. However, if you can spend up to $200, the Huawei Honor 5X, which has a full 1080p screen and longer battery life, is a superior choice.