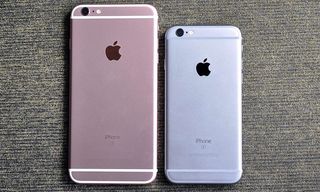 Apple's iPhone owners are reporting some trouble with their batteries after updating to the latest iOS version.

Folks over at the Apple support forums are reporting that after they updated to iOS 10.1.1, they noticed their iPhones would turn off when battery life reached 30 percent. After plugging it back in, the device would turn back on. However, it again says that the battery life is at 30 percent.

While the post, which was published last month, initially focused on older iPhones suffering from the problem, newer posters have said that it also affects devices up through the iPhone 6s. So far, there are no reports of the problem also affecting iPhone 7 or iPhone 7 Plus owners.

According to posters, they'll be using their iPhones as normal and then when battery life says it reaches 30 percent, the phone dies. With the iPhone unplugged, users would try to boot up the handset and it wouldn't turn on. When it's plugged into a power source, however, it turns back on and says it has 30 percent battery life.

It's not immediately clear whether the operating system's built-in gauge on battery life has gone bad in the software update or if a bug in the update is causing the iPhone's battery life to diminish more quickly.

Batteries in the iPhone have proven to be a problem for Apple over the last several months. Last week, for instance, the company announced a program that would replace bad batteries in the iPhone 6s at no charge. That problem was especially a concern in China and was similar to the latest discovery and iPhone batteries were dying prematurely.

It's unclear what might be causing the problem in the latest flaw, but some posters say iOS 10.1 will also affect their devices. Most, though, say iOS 10.1.1, a small update that was released late last month and centered on fixes to the operating system's Health app, is causing a problem on other handsets.

Oddly, the problem also appears to be in the iOS 10.2 beta, which is available now to developers but hasn't yet made its way to the public. Whether Apple will fix it before iOS 10.2 is released is unknown. That said, some users who have contacted Apple Support about the problem say the company is aware of the issue and will be issuing a fix at some point.

For now, though, there is no simple fix.