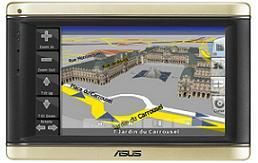 Tele Atlas, recently acquired by TomTom-although the European Commission is complaining about the deal-is working on adapting to new navigation trends, and on bringing new models of data collection to its maps. According to Dirk Snauwaert, Director of PR at EMEA, one of the main GPS trends of 2008 will be pedestrian navigation. Tele Atlas now offers detailed information on roads and routes normally closed to car traffic, such as public park paths, walkways and so on.

According to Snauwaert, another big trend will be the conversion to GPS navigation of devices originally not designed for such purposes. One brilliant example is the GPS navigation bundle for the Playstation Portable, which endows the portable console with really enhanced car and pedestrian navigation features.

Last but not least, Tele Atlas is working on the Map Share technology that TomTom brought into the company. Snauwaert claimed that "until now we updated our maps four times a year. Using the user contributions and the flexibility of Map Share, we will be able to update our maps on a daily basis or, better, every time there is something new to add".

On the first day of CeBIT, Asus also announced that it will adopt Tele Atlas maps for its new navigation devices, including the Asus R700.

Current page: CeBIT GPS Roundup: Something For Everyone