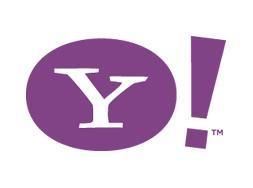 Testing for the new homepage is extremely exclusive and so, not a lot of people will be able to see the changes from today. Here’s the breakdown of what Yahoo!’s fancy new clothes are offering. Basically the idea is to simplify the Yahoo! homepage. The company is testing a dashboard on the left of your screen which will allow you to see previews of both your Yahoo! and non-Yahoo! services. The company recently announced that users could now preview their Gmail and AOL Mail on the homepage so we guess this is where you’ll be previewing it. Weather forecasts, and local events are also going to be displayed and Yahoo! says it plans to add more preview apps in the future, so that you can do more from your homepage rather than running around from one website to another.

Yahoo! also said that users are constantly going on about how much they love they “featured” are of the site and in response to the positive feedback will be updating the features section more often with fresh content from across the net. Yahoo! also said it is going to help us stay informed as to what users can expect from the company in the future. «

This is something we’d like to hear more about sooner rather than later (i.e., before it’s implemented). As people get deeper into Web 2.0 and rely more and more on the internet to keep in touch and socialize, users are becoming increasingly concerned about who has access to what information. Privacy is an ever-present issue when it comes to sharing people’s information. An off the the cuff remark about showing you what your friends are up to online will have have people wondering how much of their information is being shared with other people and the last thing you want is to plant the seed of paranoia in your userbase.

The company announced the changes in the official Yahoo! Blog with the angle that we’ve all heard before. It seems Yahoo! is concerned all of our emails, text messages, RSS feeds, tweets and IMs has us so dizzy we just can’t keep track of our lives anymore. This sympathetic slant to the announcement might have worked a couple of months ago if Mozilla hadn’t already done the same thing with it’s Firefox add-on, Snowl. Snowl was a messaging prototype designed to help us keep track of our busy Web 2.0 lives. So when Yahoo! comes along and says, “We’re working on a new homepage that will help you get more out of the Internet, make more of your precious time, and make sense of all the things going on in your world,” it’s hard not to say, yeah well, what else is new?